Don’t Cry Because It’s Over; Smile Because It Happened

Ludwig Jacobowski should be credited with coining this saying in German

ODE TO A BULLRING

Willow and waley and woe and sorrow, the thoroughbreds are leaving Northlands tomorrow.

Chestnut and bay and black and gray, will no longer cavort and snort and neigh.

The t-breds are leaving, exit the horses, exit the “hot tips” from all kinds of sources.

Exit the jockeys, the grooms and the trainers, exit the longshots and the sure thing “no-brainers”.

Exit the valets, the servers and tellers, exit the bartenders and program sellers.

The sport and its fans are being told “take a hike”, no more ask the question “who do you like?”

Exit the theories, the hunches, the reasons, Exit racing and all of its seasons.

Exit the stakes horses or those you can claim, to the casual fan they all look the same.

A variety of wagers allows for a choice, if that choice be astute it be cause to rejoice.

Each punter an expert with their own base of knowledge, from the school of hard knocks to equestrian college.

One likes a chestnut with four flashy socks, one likes the colours that adorn all the jocks.

One likes the horse name, one likes the post, if the pick is successful they all like the boast.

Whatever the formula the object is winnin, on a good fortune day you’re pickin and grinnin.

Why is it ending and who is to blame? Surely you all have some culprits to name.

Here’s to the thoroughbreds and time well spent, Even those days when you’re chasing the rent.

So have one last toast to memories and friends, this is the way a great era ends.

Good-bye to all the familiar faces, so end the Northlands thoroughbred races.

Words and music by Noah Furlong with inspiration from Ogden Nash

If Ever I Would Leave You

To keep your marriage brimming, With love in the loving cup, Whenever you’re wrong, admit it; Whenever you’re right, shut up.
Ogden Nash
Phil was wandering if Noah Furlong is related to that useless football receiver Noah Vail.
Poetry is an echo, asking a shadow to dance.

The difference between a violin and a viola is that a viola burns longer.
Victor Borge

I demolish my bridges behind me – then there is no choice but forward.
Fridtjof Nansen

When Phil got up on Saturday morning and looked out his front window what to his wondrous eyes did appear but frost on the neighbours’ roofs. Thanks to Picasso’s yellow spot it did warm up for the final day of thoroughbred racing at Northlands Park and drizzle held off until the last of the barn parties was slowly winding down.

Burn The House Down

NY Times – Glanville – The Magic of the Baseball Nickname

The bigger the game, the better I liked it. Not that I was about to let anybody know I was excited. I approached every game the same way. One pitch, one hitter at a time.
Catfish Hunter
Washington Post – The long-lost ‘Laws of Baseball’
You can observe a lot by watching.
Yogi Berra
A table, a chair, a bowl of fruit and a violin; what else does a man need to be happy?
Albert Einstein

Even The Bad times are Good

If that race had been run on Broadway they could have given Tony a Tony for his performance.

Could Kitten’s Joy end up being one of the top sires of sires of all time.

The Ennead will let Phil slide on that one.

All gamblers lose regularly, but they rarely discuss it in public. Losing is bad for the image, dude. Nobody buys Hot Tips from Losers. Remember that.
Hunter S. Thompson

Is it OK to regift the gift when you’re invited to the giver’s house.

The Ennead knows what’s Number 1 with a bullet.

The Ennead knows what will never get regifted. The Ennead knows what’s Number 1A with a bullet.

The Ennead knows what will never get regifted. 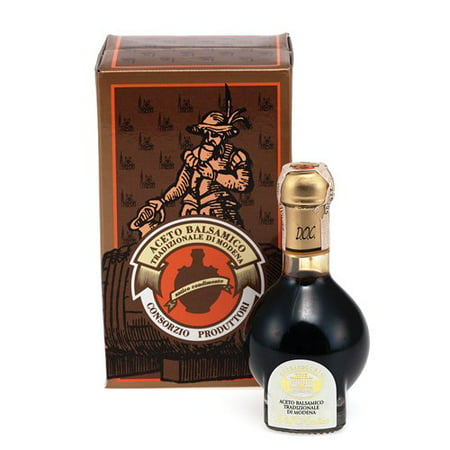 Get off your horse and drink your milk.
John Wayne

The characters I’ve played, especially Bret Maverick and Jim Rockford, almost never use a gun, and they always try to use their wits instead of their fists.
James Garner
The Boys are Back in Town

Yet, in Catholic Boy, Kumin, who owns the ridgling under the banner of Madaket Stables, and his partners, majority owner Robert LaPenta, Siena Farm and Twin Creeks Racing Stables, have a 3-year-old so exceptionally talented and versatile that he already holds the relatively unique honor of being a G1 winner on dual surfaces at a classic distance.

Thoroughbred Racing Commentary – Ehalt – Travers: why a horse like Catholic Boy is almost as hard to find as a Triple Crown winner

I have just one fiddle. It works, and that’s it. It has been an old friend.

Garden and Gun – A Day at the Varsity

All things on earth point home in old October; sailors to sea, travellers to walls and fences, hunters to field and hollow and the long voice of the hounds, the lover to the love he has forsaken.
Thomas Wolfe

Horse Race Insider – Pricci – To Industry: I’m a Sore Winner and I Won’t Be Betting as Often in the Future

How quickly can horse racing shift from rocking chair marketing to the rocking horse marketing.

Progress might have been alright once, but it has gone on too long.
Ogden Nash

Ghost Riders in The Sky

Phil’s phly on the wall at Wednesday’s Alberta HBPA meeting advises that when it was announced that Shirley McClellan was gone from Horse Racing Alberta effective July 31, 2018 one of the members shouted: “Thank Christ, she’s gone” and a spontaneous ovation to her leaving broke out.

Phil’s phly on the wall at Wednesday’s Alberta HBPA meeting advises that Norm Castiglione of Riversedge has been elected President of HPBA Alberta.

Phil’s phly on the wall at Wednesday’s Alberta HBPA meeting advises that Gill Hermanns, the newly minted Chair of Horse Racing Alberta, has suffered a heart attack and may not be able to continue in that role. Phil will keep you posted.

Work like you don’t need the money. Love like you’ve never been hurt. Dance like nobody’s watching.
Satchel Paige
Phil’s phly on the wall at Wednesday’s Alberta HBPA meeting advises that Kent Verlik, the freshly minted CEO of Horse Racing Alberta, is approaching the job from a business perspective and not from a personal political agenda of throttling the thoroughbreds to keep Freddie The Fee and the jiggies happy.
Phil’s sentiment are “Thank Christ, she’s gone”. You can stand and applaud now.
With a new CEO taking a business perspective at HRA and a new track with an operator whose slot track record is home and cooled out compared to Northlands Park the thoroughbred racing industry in Alberta should be on the way back to better days.

Phil’s Drink and A Flick

They Shoot Horses Don’t They

Nothing is more fairly distributed than common sense: no one thinks he needs more of it than he already has.
Rene Descartes

NY Times – Deb – Sacha Baron Cohen Pranked Me, Can I Sue? Yes. Win? Not So Much

Why bother reading the fine print when your ego’s that big.

In madness, I thought I was the most important person in the world.
John Forbes Nash, Jr.

Speaking of coming and goings Phil heard a rumour that Mr. and Mrs. Preacher have both parted ways with ATOBA.

King Of the Road

Bloodhorse – Getting Intimate – By Evan Hammonds

NY Times – Rauch – Why Prosperity Has Increased but Happiness Has Not

Tomorrow hopes we have learned something from yesterday.
John Wayne

The Bitter Southerner – Blankenship – Giving Up the Mayo of My Youth

Duke is an ugly word in Kentucky. Nothing in the world compares to the joy of beating those hateful swine from Duke.
Hunter S. Thompson

Bloodhorse – Crosby – Marley’s Freedom Much the Best in Ballerina

My doctor told me to stop having intimate dinners for four. Unless there are three other people.
Orson Welles

Just be sure that cellaret and bathtub are stocked with some

Never cry over spilled milk … it could’ve been whiskey.

Does Cauley think that Trump is doing anything other than pandering to his rabble.

Does Cauley think that Trump’s rabble understands what she wrote.

Would Trump invite any of his rabble to the White House for dinner.

One Response to “Be Your Dirty Self”