Science has not yet taught us if madness is or is not the sublimity of the intelligence.

No great genius has ever existed without some touch of madness.

A tavern is a place where madness is sold by the bottle.

Madness is rare in individuals – but in groups, parties, nations, and ages it is the rule.

Still Crazy After all These Years

She Drives me Crazy

The fundamentalists have taken the fun out of the mental.
Ken Kesey

Salute to the Black Jockeys of the Kentucky Derby

That, in turn, can loose a whole bale of details, such as that the 1882 Kentucky Derby happened on the third Tuesday of May rather than the first Saturday; that the starter used a kettle drum; that one ham in the refreshment stand yielded 2,000 sandwiches, according to the Louisville Courier-Journal; and that one of the 14 horses wound up identified as “the Pat Malloy colt.” It also does the important work of reminding that the Derby used to specialize in African American jockeys before the sport heinously and inanely drove them away.

One such name: Babe Hurd.

“Hurd’s birth name may be lost to history, but his equestrian skills survive,” reads the Kentucky African American Encyclopedia, edited by Gerald L. Smith, Karen Cotton McDaniel and John A. Hardin. On May 16, 1882, Hurd, then 15, after first racing at 13 for a former Maryland governor, Oden Bowie, became one of 11 African American jockeys to win 15 Kentucky Derbies between 1875 and 1902.

Did Huck Finn set up the Garden with a Master class.

We Don’t Need Another Hero

To be hated cordially, is only a left-handed compliment.
Herman Melville

Food and Wine – Donnelly – 3 Wines to Pair with Fried Chicken

If you made all the French fries you ate, you would eat them much less often, if only because they’re so much work. The same holds true for fried chicken, chips, cakes, pies, and ice cream. Enjoy these treats as often as you’re willing to prepare them – chances are good it won’t be every day.
Michael Pollan

Phil Has a question:

Did Champagne Anyone know that Phil was featuring Champagne and Fried Chicken. 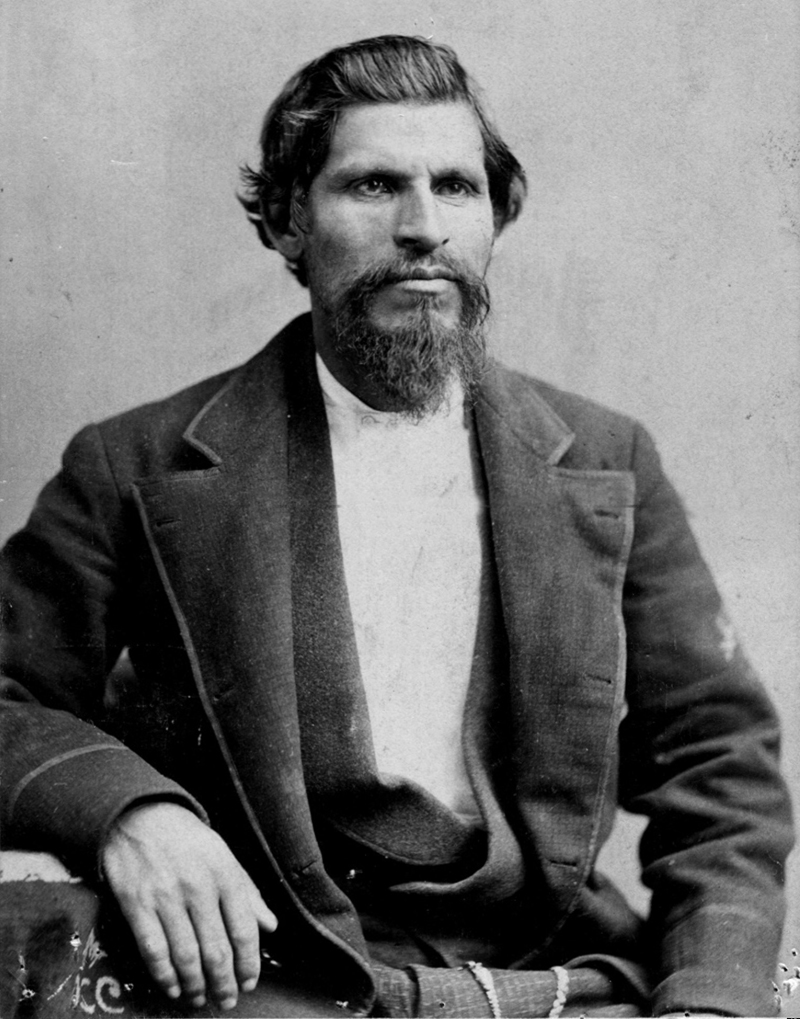 How many people know the difference between Sync and NSync.

How many people have Synced their devices without knowing the difference.

How many people have watched their personal information go Bye, Bye Bye when they Synced without knowing the difference.

NY Times – The Week in Books

Tracks of My Tears

Never stand begging for that which you have the power to earn.
Miguel de Cervantes

Phil has an idea:

Someone should print thousands of cards with that saying on it and every time one of those red light beggars comes tapping on your window drop one of the cards into their hat.

Was Ben Ginter the father of the new craft beer revolution.

Reading made Don Quixote a gentleman, but believing what he read made him mad.
George Bernard Shaw

The Ennead understands that there are some things Phil will never tire of.

You wonder, as those fans wearing the Tulowitzki and Donaldson jerseys try to tell Trent Thornton from Clayton Richard from Daniel Hudson, whether Rogers might have some second thoughts about all this.

When your team is plainly not trying to win, why should you expect your customers to care?

Bloodhorse – Ehalt – Field of 10, No Purse Boost On Tap for Wood Memorial

Silence was meaningful with the Lakota, and his granting a space of silence to the speech-maker and his own moment of silence before talking was done in the practice of true politeness and regard for the rule that, thought comes before speech.

There is a touch of divinity even in brutes, and a special halo about a horse, that should forever exempt him from indignities.
Herman Melville

It is not down in any map; true places never are.
Herman Melville

NY Times – Op Ed – Rarick – How to Save the American Racehorse

You cannot hope to build a better world without improving the individuals. To that end, each of us must work for his own improvement and, at the same time, share a general responsibility for all humanity, our particular duty being to aid those to whom we think we can be most useful.

Horse Race Insiders – Berner – Bleeders: It’s All in the Families

There are three side effects of acid: enhanced long-term memory, decreased short-term memory, and I forget the third.
Timothy Leary

Another Brick In The Wall

I totally deplore the notion of an M.D. giving pills to patients – a medical doctor giving psychological or psychoactive change agents to another person.
Timothy Leary

TDN – Bill Finley – Op/Ed: The CHRB May Just Have Saved the Sport of Horse Racing

If you’re a Conservative, why aren’t you behind conserving the land?
Ken Kesey

When The Whip Comes Down

All things share the same breath: the beast, the tree, the man. The air shares its spirit with all the life it supports.

How could you go wrong with a beer that’s brewed just north of the Spirit River Highway a few kms NE of Rycroft.

Will Dunvegan Brewing be opening a distillery using one of the many stills hiding in the bushes surrounding Rycroft.

The secret of genius is to carry the spirit of the child into old age, which means never losing your enthusiasm.
Aldous Huxley

Take Me To The River

Paulick Report – Voss – Bisphosphonates: What We Know About Off-Label Use, And What One Drug Company Is Doing About It

What is the difference between the Sackler family and El Chapo.

You Can Call Me Al

Football is a simple game. Twenty-two men chase a ball for 90 minutes and at the end, the Germans always win.
Gary Lineker

National Post – Hanna – You’re using a cutting board incorrectly. Reader, the hole has a purpose

What happens to the hole when the cheese is gone?

Phil has a question:
How much Botox can a pair of lips take before they sag below your knees.

LA Times – Rubin, Ormseth, Hussain and Winton – The bizarre story of the L.A. dad who exposed the college admissions scandal

Live your life that the fear of death can never enter your heart.
Trouble no one about his religion.
Respect others in their views and demand that they respect yours.
Love your life. Perfect your life. Beautify all things in your life.
Seek to make your life long and of service to your people.

Paulick Report – Steffanus – Vinegar And Horses: What’s It Used For, And Does Science Back It Up?

If you pour oil and vinegar into the same vessel, you would call them not friends but opponents.
Aeschylus

It is not our purpose to become each other; it is to recognize each other, to learn to see the other and honor him for what he is.

Have you ever noticed how much more enjoyable it is to watch thoroughbred racing where the commentators provide insights and intelligent comments with no blonde bimbo babble.

With no ontrack wagering allowed in Dubai do you think all of those men in their kandoras were busy posting to Instragam, Spotify, Facebook or Twitter in the 10 or so minutes before post time.

It is not Kafka’s fault that his wonderful writings have lately turned into a fad, and are read by people who have neither the ability nor the desire to absorb literature.

“I watched on the TV over by the jock’s room because I watched the 11th race on that TV and my horse [Restoring Hope] won. So, I said, ‘Yeah, I’m going back to that TV,” Servis said. “When he broke and Luis decided to go and it looked like he was going to get the lead by himself. I said, ‘That’s good.’ Then, I saw 24 [seconds] and I said, ‘Well, that’s good.’ Then, I saw his ears up and I saw the 48.8 or something, I said, ‘This is good,’ because I know he’s going kick. I said, ‘This is really good.’

“Luis walked the dog. He backed them up. I have to give him credit. I think it had a lot to do with it,” he added. “I’m not downgrading the horse, but Luis did a great job.”

Bloodhorse – Ehalt – Maximum Security Much the Best in Florida Derby

How did Maximum Security get such slow uncontested fractions much slower than the Oaks fractions.

What can you learn from a race where the lone speed set slow fractions and then held on with the closers unable to make up ground.

Does Mott know how to say Pay Day Mile and ask Pat to come back and give his horse a decent trip.

With all due deference to Steve Haskins and the Sundre other Derby Dozen pickers their Derby Dozens have been poached, boiled, scrambled, fried and deviled, with Mr. Arnold waiting in the wings. Phil can’t remember seeing such an inconsistent group of 3 year olds on the Triple Crown Trail. None of the contenders and pretenders look capable of winning the Triple Crown and from the last few races Phil’s not sure if we’ll have a 2019 Kentucky Derby winner.