“He’s the kind of horse that you rarely get the chance to be around in your life, talented and giving, but also a player who keeps reminding you who the star of the show is. Hopefully he winds up being just as much of a star in his new quest.”

Arkhill has been an incredibly special horse from the time he was born. Owned by Alberta owner/breeder Ted Davis, while he was smaller in stature for your average young horse, he has led the way with his spirit and speed since his days as a foal.

Smart, keen and strong, Arkhill was first introduced to the track by rider Virginia Janes and after their first ride together, she distinctly remembers saying to Ted, “This is one of the smartest two-year olds I’ve ever sat on. When he breaks from the gate, he’s going to know what he’s doing.” And that’s exactly what happened as he went on to have a very successful career from 2007-2015 with 57 starts, and a notable win of the final running of the prestigious Alberta Derby at Calgary’s Stampede Park in 2008.

Arkie, as he’s affectionately known, came to New Stride in late fall of 2015 and you could tell right away that he was eager for his next adventure. He found a home at Shannon Stables and showed great balance, was a natural athlete, clever, and an extremely quick learner.

“Arkhill has a heart of gold and will try anything you ask him to, he is playful, always has an engine, a great sense of humour, and a beautiful natural outline,” said May Nolan, Shannon Stables. “He is probably one of the smartest horses I’ve ever worked with and I am so happy that he’s found a new home.”

“I feel we are so fortunate to have such special horses in our program and that their owners entrust them to us to find the best new homes and owners for them,” added Carmen Kramer, New Stride.

Arkhill was recently adopted by Kathy Stephenson from Langley. A very experienced, skilled and passionate rider, Kathy and Arkie are getting to know one another with great success. Her motto – slowly but surely, but Arkie is up for the challenge and the two are becoming fast friends with a very bright future. 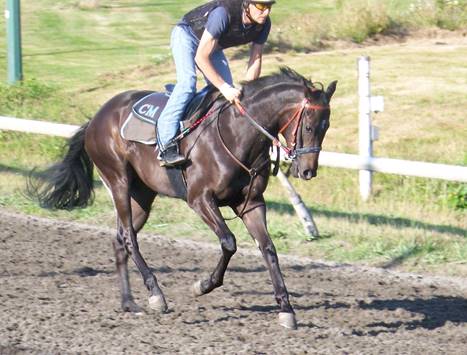 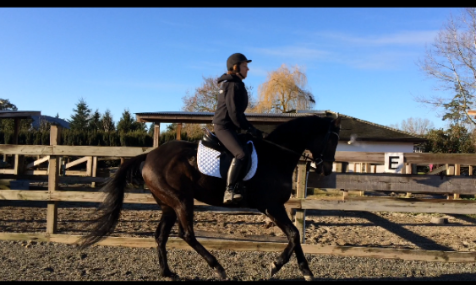 Come join us at our next New Stride pub night fundraiser at The Artful Dodger Pub (2364 200th Street, Langley) on March 31 starting at 6:00pm. Tickets are $20.00 and include a burger, fries and drink, as well as the chance to participate in a silent auction and 50/50 draw.

Bring friends and support a great cause!

Please contact Tammy with any questions or to purchase tickets: tammy@newstride.com

On March 13, 2016, the New Stride team braved chilly temperatures to set up a booth and training demonstration at the annual LMQHA Bazaar. Despite the weather, our team and volunteers did a wonderful job of interacting with many interested attendees looking to find out more about New Stride.

Two of our horses currently up for adoption, I’m Famous and Fireinthesky, came out with us to demonstrate the starting points of our re-training program. Four year old Fire took everything in stride and looked like an old campaigner. The energy of the crowd and loud music were a bit stressful for Famous however, but we were able to work patiently with him and in less than 20 minutes, he was being ridden by volunteer Alison. She then showed off his lovely trot and moved forward to the canter. He adjusted very well and enjoyed his ride!

A huge thank you to all members of the New Stride team who helped make this years’ experience at the Bazaar such a fun one. 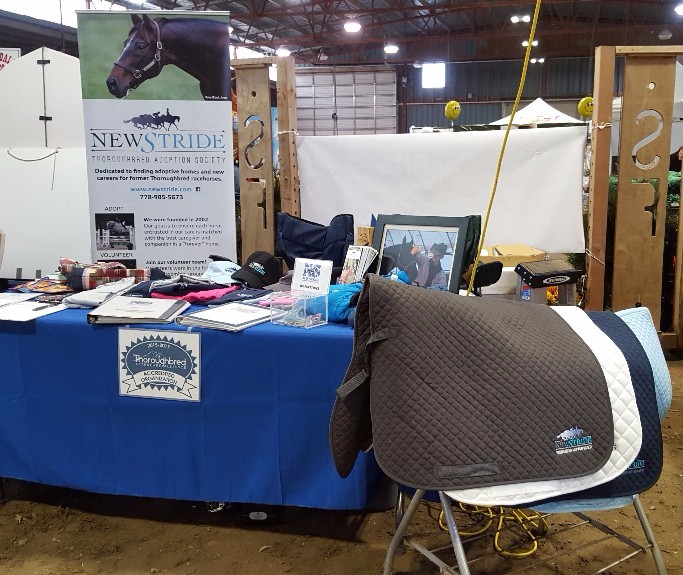 We are always looking for volunteers to help us ensure that our beautiful Thoroughbreds find loving, adoptive homes after their racing days are over.You’ll have the opportunity to meet some great people and interact with our extraordinary horses and team of professionals. To find out more about how to get involved and what tasks we need support with, please click here. 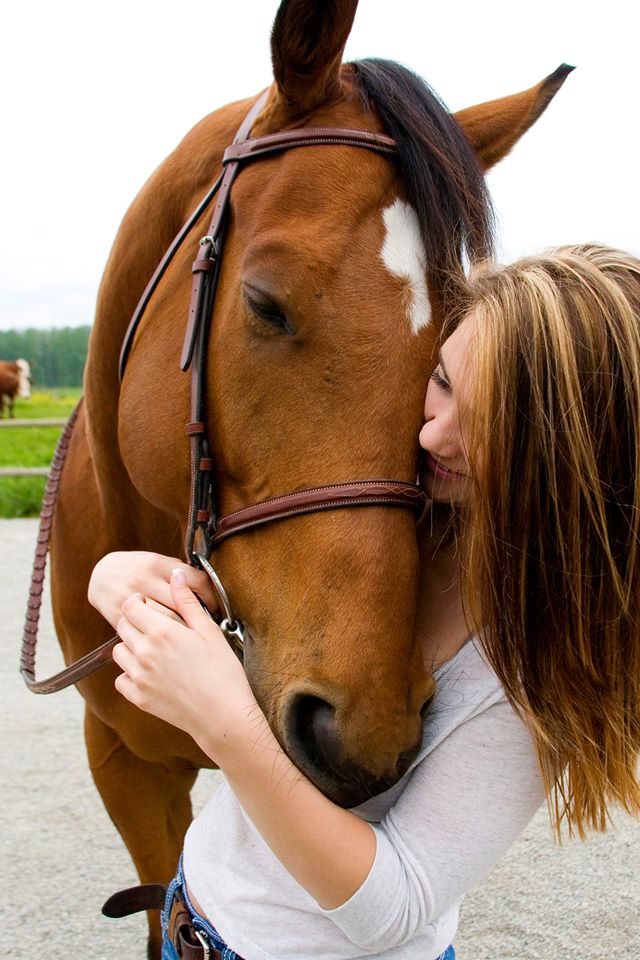