This is Horse Racing – Sean Clancy – Saturday Special – May 28

Bloodhorse – Pimlico Is About the People – by Tom LaMarra

TwinSpires Blog – Exaggerator to have one breeze before Belmont; Nyquist doing well

Bloodhorse – Johnson – An Early Look at the Belmont Stakes

US Racing – Ransom – The Shocking Untold Story of Maria Borell

Horse Race Insider -Berner – Amid Growing Pains, “Belmont Park Live” Is Off and Running: No Belmont for Nyquist

Sal says what happens if Northlands Park has a change of heart and decides to continue offering horse racing. Do they have to go through the same proposal system as the other 7 groups.

NY Times – Drape – An Understandable Absence from the Belmont for Nyquist

Bloodhorse – Shulman – Nyquist Out of Belmont Stakes with Fever

Lady and the Track – Sigmon – Exaggerator: A Journey Like No Other

TDN – Finley – One-Horse Stable Or Not, Jeff Weiss Wants to Be Part of Pegasus World Cup

Thoroughbred Racing Commentary – Porter – Who are the leading lights in Europe’s exceptional crop of young stallions?

This is Horse Racing – Clancy – Exaggerator, Desormeaux keep it cool in Preakness

Fred was the epitome of a “small” breeder, developing his Indian Ridge Farm outside my hometown of Frankfort, Ky. He refused to pay much for stud fees, foaled the mares himself, and raced most of the offspring, in recent years with his son, Buff, as trainer.

Racing fans recall the two stars of the stable, champion Groupie Doll and the grand gelding Brass Hat, the latter now being ridden in horse shows by Fred’s granddaughter.

TDN – Liebman – Letter to the Editor

Exaggerator wins the Preakness, plenty of other stakes stories, Northlands Park reiterates that it’s out of horse racing, 7 applicants for a new track in the Edmonton area, guest caller at Northlands Park, Derby fashions and who leads the clicks parade on www.holybull.ca – Mr. Ed.

Sal says that the Triple Crown should introduce a bonus system.

TDN – Finley – Mario, What Were You Thinking?

National Post – Washington Post – McCarthy – David Hasselhoff says he has less than $4,000 in the bank and can’t afford payments to ex-wife

Sal’s been subbing since Phil got lambasted by the Battersea omnibus but Sal’s got other pesci da friggere and is only subbing on an interim basis until the 2016 Triple Crown races are done.

The last couple of weeks Sal’s been like a steam train running out of coal.

Sal says that there aren’t too many candidates out there as being the next Dread Pirate Roberts at www.holybull.ca is a tonna time consuming work with very little reward.

ESPN – DRF – Privman – Exaggerator puts one on the board against Nyquist

Sal says a rubber match may be better for thoroughbred racing than another Triple Crown try. Sal says that NYRA should put up a $1million bonus for either Nyquist or Exaggerator to win.

Thoroughbred Racing Commentary – So was Exaggerator’s Preakness just a glitch – or the day the tide turned?

Sal was scouring through Phil’s archives and noticed that Phil thought the prelude to the Belmont was his favourite time as suddenly some of the grande mela’s best writers became thoroughbred fans.

Sal says it’s never too early to shop for your Canadian Derby cappello. 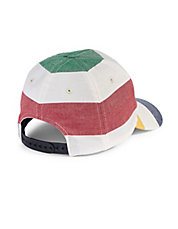 Bloodhorse – Preakness at Pimlico Gets Bit of a Push

Louisville Courier-Journal – Lintner – Preakness could move, but only temporarily

ESPN – DRF – Markazi – In Preakness infield, party is the only event that matters

The new K-Days concert stage in the track infield will be a trial run of the festival concept planned for the site because this year marks the last season of horse racing at Northlands. Under its Vision 2020 plan, Northlands Park would become an outdoor concert and events venue.

“Hopefully, everybody that’s in the horse racing world will see that we’ve made a substantial investment to really celebrate horse racing in its final year,” Reid said.

For the final year, the thoroughbred and standardbred racing seasons will be extended from May to October. Racing-related events include Park After Dark, a patio party every Friday night from June 3 to Sept. 2; Family Day on June 25; Canada Day; Retro Day on July 9 and the last Canadian Derby on Aug. 20. The Alberta Breeders Fall Classic takes place Sept. 17.

For the first time, the Canadian Derby will feature a full-day lineup of entertainment including a headline concert by Alberta-born country music singer Paul Brandt.

Sal was wondering where Tim Reid buys those asbestos boots he wears to cross all the bridge’s he’s burned.

Upon closing of the Expressions of Interest period (Thursday May 19, 2015, 3:00 p.m.) for building and operating an “A“ Class Racetrack in the Edmonton market area, Horse Racing Alberta is pleased to announce that seven (7) Expressions of Interest from applicants interested in owning and operating a premier horse racing facility in or near Edmonton have been submitted.

An independent committee will now review the Expressions of Interest’s received and will determine applicants to move to the Request for Proposal Stage.

Sal says that 7 interested groups that think they can do a much better job of promoting horse racing in the Edmonton area bodes well for the sport and speaks volumes about Northlands Park’s performance over the years.

Announcer from the UK @garethtopham joining us here at the park! @northlands_park debut!

TDN – Finley – With Investment in Pegasus World Cup, Ruis Family Looking to Get Back Into Racing in Big Way

When Young filmed scenes with the horse, whose real name was Bamboo Harvester, Lane would stand at the edge of the set with a microphone and his script.

The Bitter Southerner – Justus – Where The Soul Of Nashville Never Dies