With the Pegasus distraction behind Sal can now get back to the task at hand – prognosticating and pontificating on the Kentucky Derby Trail which in Sal’s humble opinion obviously starts in earnest with the Holy Bull, Withers and Robert B. Lewis.

TwinSpires Blog – DeRosa – Drawing a Line in the Sand with Chalk: How to Bet the Holy Bull, Withers, & Lewis Stakes

Brisnet – A Day at the Races: Chrome, Chromies, & the World’s Richest Race

Sal says these ads exhibit a dearth of imagination.

If advertisers spent the same amount of money on improving their products as they do on advertising then they wouldn’t have to advertise them.
Will Rogers

Paulick Report – Eighteen Years After His Kentucky Derby, Charismatic ‘Belongs To All Of Us’

“UNLESS someone like you cares a whole awful lot, nothing is going to get better. It’s not.”

Sal says that if you start today you may have all of those recipes tried by Superbowl LIII.

Sal was scanning the Gulfstream Park PPs doing his late Pick 4 homework when an intriguing name popped up in the 9th: Quebec by Into Mischief out of the Distorted Humor mare Miss Canada. Sal did a quintuple take when he noticed the owner and breeder was Preston M(adden).

The same race features a half to Frosted, Godolphin’s Apiary by Bernardini out of the Deputy Minister mare Fast Cookie.

TDN – DeBernardis – Down the Shedrow with Jerry Hollendorfer

ESPN – DRF – Hovdey – Chrome goes out with a flicker

Thoroughbred Racing Commentary – Smith and Willoughby – Rider on the rise: not even the Pegasus can keep Jose Ortiz in the shade

National Post – Tarmy and Mehrotra – The leaning tower of problems: Who will pay for San Francisco’s US$750 million tilting highrise?

Sal says that in Pisa Italy the tourists pay.

There’s no such thing as good money or bad money.There’s just money.

LA Times – Op-Ed- Candaele – Why I’m rooting against the Patriots this Sunday: Their loathsome politics

Bloodhorse – Haskin – Will Horse Owner Tamme Be Having Super Dreams?

Americans are big boys. You can talk them into almost anything. Just sit with them for half an hour over a bottle of whiskey and be a nice guy.

Bloodhorse – Rymska Assumes the Mantle for Brown in Sweetest Chant

Sal says the Holy Bull came up most contentious of Saturday’s 3 year old stakes followed closely by the Withers with the Robert B Lewis lagging lengths behind and even the Swale having more horses with Derby possibilities than the Lewis.

I follow three rules: Do the right thing, do the best you can, and always show people you care.
Lou Holtz
Texas

The Globe and Mail – Mintz – THE NEED FOR SEED

I’d like to live as a poor man with lots of money.

Brisnet – Scully – Arrogate can use California itinerary for remainder of 2017

National Post – Chris Selley: To keep Trumpism at bay, politicians simply have to be better and stop lying all the time

I don’t make jokes. I just watch the government and report the facts.
Will Rogers

Sal says that the end of the breastaurant may be just over the crest of the next hill.

Faced with the choice between changing one’s mind and proving that there is no need to do so, almost everyone gets busy on the proof.
John Kenneth Galbraith

Baby Did a Bad Bad Thing

ESPN – Wickersham – Is there a meaning to Bill Belichick’s fashion turn?

Sal says that with all the different prop bets you can make during the Superbowl Bill Belichek could clean up if he bets with his knowledge of the plays that the Patriots will be running.

Man Who Sold The World

TDN – Emma Berry – A Morning With The British Racing School

Are you or someone you know interested in the

Register for Olds College Equine preview days on February 3rd to learn more about what there is to offer!

My dream is of a place and a time where America will once again be seen as the last best hope of earth.
Abraham Lincoln
Times Like These

Bloodhorse – Building The Market for Ex-Racehorses

This is Horse Racing – Joe Clancy – Many Clouds made me think

TDN – Berry – Britt’s Passing The End Of An Era

Noting the remarkable statistic that one in 310 Australians has a stake in a racehorse, Redvers offers a couple of specific examples that condense a culpable difference in attitude: the simple fact that syndicate partners all have their names listed in Australian racecards, and the diligence with which Australian trainers bombard their patrons with information.

“Obviously part of the reason is the prize-money and stallion values they have now,” Redvers continued. “Racehorses are viewed as furry lottery tickets. And of course it’s such a social thing, going racing there. But the other thing that really strikes is that they really feel like they’re owners–and one of the reasons is that their name is in the racecard. Here, for some reason, if you have more than three owners in a horse, you can’t get a fourth name anywhere. And that’s just because the administrator hasn’t got round to sorting out his computer, and doesn’t want the hassle. Which is frankly scandalous. However little their share–within reason, say up to a tenth–get their names in the racecard, let them brag to their friends, rather than this nonsense where they have to run under Syndicate 3.2 or whatever.”

Two horses that finished fifth in consecutive races at Del Mar last August have tested positive for the prohibited substances, Sildenafil, more commonly known under the trade name Viagra, and the anti-inflamatory Dexamethasone.

Sal says that it sounds like someone was trying to stiff those horses.

FiveThirtyEight – Onucha – What It Takes To Truly Delete Data

If you want to keep a secret, you must also hide it from yourself. 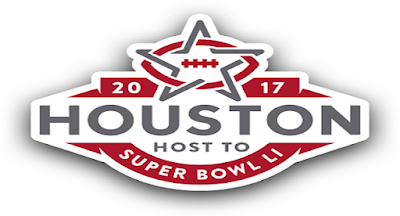 Of Interest to Alberta Thoroughbred Breeders

Bloodhorse – Shea – Healthy California Chrome Settles In at Taylor Made

Brisnet – Hanson – Arrogate on top of the world in Pegasus

TwinSpires Blog – Reilly – Arrogate in the ascendant, and a Pegasus counterfactual for California Chrome

Never hate your enemies. It affects your judgment.

NY Times – Maheshwari – $5 Million for a Super Bowl Ad. Another Million or More to Market the Ad.

It pays to be obvious, especially if you have a reputation for subtlety.
Isaac Asimov

Paulick Report – ‘It’s A Long Road Ahead’: Shah Takes Derby Off The Table For Klimt

The Globe and Mail – Wente – Ladies, check your privilege

Something More Than Free

Garden and Gun – Kornegay – Our Kind of Place: Golden Oldie

Lady and the Track – Laughter – Guest Suite Has the Derby Goods

Mamas Don`t Let Your Babies Grow up to be Cowboys

Men are disturbed not by things, but by the view which they take of them.
Epictetus

Grantland – Hill – A racetrack, a killing, and the history of organized crime in Hot Springs, Arkansas

The Globe and Mail – Melville – Big Brother is still watching

Everything should be made as simple as possible, but not simpler.
Albert Einstein

Who benefits (really, think about it) from a race open to horses which have never won two lifetime races, other than maiden/claiming/starter, or restricted allowance, or have never won three races, or which have not won a race since July 30, or optional claiming price of $62,500?

I am a red man. If the Great Spirit had desired me to be a white man he would have made me so in the first place.

The definition of genius is taking the complex and making it simple.

Our defense is in the preservation of the spirit which prizes liberty as a heritage of all men, in all lands, everywhere. Destroy this spirit and you have planted the seeds of despotism around your own doors.

‘Obvious’ is the most dangerous word in mathematics.
E. T. Bell

O, wind, if winter comes, can spring be far behind?
Percy Bysshe Shelley

It may be the cock that crows, but it is the hen that lays the eggs.

TDN – Malibu Moon Filly Runs to the Money in Silverbulletday

It is not unprofessional to give free legal advice, but advertising that the first visit will be free is a bit like a fox telling chickens he will not bite them until they cross the threshold of the hen house.
Warren E. Burger

But Ritvo admitted that there is room for financial improvement for the race.

“It obviously didn’t do anywhere enough to be profitable for the shareholders,” Ritvo said, referring to the investors who put up $1 million each for the record purse. “What really is going to be the metric is how we did on NBC for a rating, and how we did on sponsorships for the future years. Sponsorships, NBC ratings and always growing the handle. Those are the three metrics to get the shareholders back more than what they invest.”

Ritvo said all aspects of the race would be reviewed, including the controversial $100 minimum ticket price, which was cut to $50 late Saturday afternoon. He said that was all along the plan as long as there was still room for more fans.

“We’re a company that believes you don’t make money on your admissions,” Ritvo said. “But on a special event like this, we had to try to see what we could do to grab some revenue back, because we invested a lot of money in the marketing of this. We’ll have to rethink that.”

Thoroughbred Racing Commentary – The world better watch out: Arrogate’s best days may be yet to come

Paulick Report – Gorajec – Combating A Culture Of Cheating: Betting On A New Paradigm

Brother Derek, bred in California by Mary Caldwell, was sold for $275,000 as a 2-year-old to Cecil Peacock. Peacock and trainer Dan Hendricks won five graded stakes with Brother Derek, including the Hollywood Futurity and Santa Anita Derby (both G1). He retired with six wins out of 17 starts and earnings of $1,611,138.

ESPN – Schoenfield – Time to rebuild: Which teams must ditch dreams of contending?

Sal says if you believe that one Sal can hook you up with some beach property just north of Tuktoyaktuk.