US Racing – Ransom – Mastery, Gormley Square Off in San Felipe

Bloodhorse – Farrell, Valadorna Get Back to Work Garden and Gun – Harris – Top Hats for the Kentucky Derby

Sal says that Simon says he has a different perspective today.

Thoroughbred Racing Commentary – Willoughby – This didn’t look a fluke, but it would be good to see Gunnevera do it again

This is Horse Racing – The latest chapter

Bloodhorse – Reeder – Battle of Midway Gets Redemption at Santa Anita

US Racing – Trejo – How Garrett Gomez Transformed My Life

Brisnet – Kruska – A Day at the Race: Aqueduct with Zilla

Southern Living – York – Why the Pineapple Became the Symbol of Hospitality

How am I supposed to know my Derby horse when they don’t show up under silks? Nowadays we have to base our opinions not on how these horses run in races but by how they look when we watch their workouts on social media. As the old ad goes, that’s no way to run an airline.

Sal says that it’s no wonder that horse racing is losing its audience.

Paulick Report – Shirreffs On Gormley, Royal Mo: ‘It’s The Competition That Gets The Horses Better’

Indiana’s rule is titled Effect of suspension – Trainers and reads as follows:

Paulick Report – Paulick – Pennsylvania: The FBI Agent And The Trainer

Thoroughbred Racing Commentary – Irwin – The day a colt supplemented for $40,000 yet scorned by the experts won the Big Cap at 50-1

Paulick Report – Casse: Classic Empire ‘A Work In Progress,’ But Don’t Count Him Out Just Yet

Bloodhorse – Haskin – Darby Dan Back on the Derby Trail 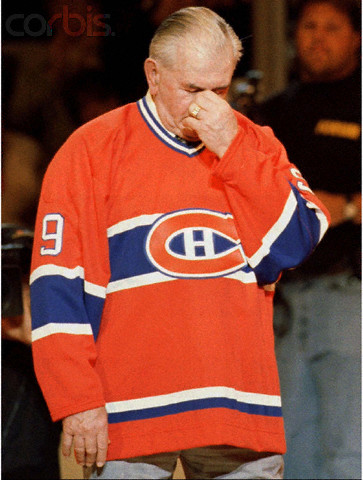 The main difference between a cat and a lie is that a cat only has nine lives.
Mark Twain
Il nove e altri
Sal needs your Social Media Support for a Web Series  being submitted for funding through the highly competitive IPF, which takes online views and follows into consideration for the grant.
The series called  TIGHT KNIT is  about two half sisters who must learn to work together upon inheriting their late Grandmother’s knitting store whose radically different viewpoints are stuffed in a really pretty cheerful box!
Sal says to watch the trailer! (liking & comments encouraged!)
LINK TO TRAILER
If you have more than a moment, please follow on Instagram & Twitter!
INSTAGRAM
TWITTER
Anything you can do to help would be appreciated. Sal won’t even ask for a shoebox full of folding money.
Feel free to share the link.
Thanks so much, we’d love to get the funding to create more episodes!!
ESPN – America’s Best Racing – Hill – Remembering Runyonesque author Jay Cronley
Their scrambled attention spans struck me as a metaphor for the way we get our doses of reality these days.

FiveThirtyEight – Sabin – On The NCAA Bubble? Here’s The Number To Watch

A politician needs the ability to foretell what is going to happen tomorrow, next week, next month, and next year. And to have the ability afterwards to explain why it didn’t happen.

On first blush Sal was disappointed that the link to Gamma Ray Singh was receiving more activity than any other link in recent posts, but upon reflection Sal surmises that the HolyBull reading thoroughbred aficionados with their superior intellects and sophisticated tastes would have no knowledge of Gamma Ray Singh and thus have to click on the link to satisfy their quest for knowledge.

Man on a Mission

Our border patrol does a great job under these very dangerous conditions. They use very sophisticated equipment, including gamma rays, to detect drugs and illegal immigrants as they enter the U.S.
Timothy Murphy

The tax code is now nine times longer than the Bible, and not nearly as interesting.

Every time a bit of information is erased, we know it doesn’t disappear. It goes out into the environment. It may be horribly scrambled and confused, but it never really gets lost. It’s just converted into a different form.
Leonard Susskind

Bloodhorse – Wincze-Hughes – Gunnevera Comes From Clouds in Fountain of Youth

We have only two more weeks of penultimate Kentucky Derby preps before the final round of preps begin, yet the Derby picture seems even more unclear than usual, which says a lot. Issues involving McCraken and Classic Empire have certainly helped to muddy the waters.

But in a greater sense, with one prep after another won by perfect-trip winners, it makes it guesswork identifying which Derby candidates might have what it takes to get it done when circumstances aren’t so favorable.

US Racing – Stettin – The 2017 Fountain of Youth Stakes: One Race, Three Moves

TDN – Gunnevera ‘Dials’ It Up a Notch in FOY

The Globe and Mail – Saunders – What if Europe’s elections aren’t about angry intolerance?

Thoroughbred Racing Commentary – Willoughby – Girvin is improving, but it’s a big step up to contend at Churchill Downs Sal says to keep your eyes on Charles Fipke’s maiden Bee Jersey who may just win enough points in the UAE Derby to sneak into the Kentucky Derby as a maiden.

Knocking At Your Back Door