The Florida-bred was perfect in four starts at two, including a defeat of champion Dehere (Deputy Minister) in the GI Futurity S. Winner of the GI Florida Derby and GII Blue Grass S., Holy Bull was the 22-10 favorite for the 1994 GI Kentucky Derby, but never traveled over the sloppy strip and finished 12th. His championship season resumed with a defeat of elders in the GI Met Mile before defeating his peers in the GI Haskell H. and GI Travers S. Put away for the year following a five-length defeat of older males in the GI Woodward S., Holy Bull defeated Birdonthewire in the 1995 Olympic H., but, facing off for the first time in his career with Cigar (Palace Music), was abruptly pulled up in the GI Donn H. and was retired to Jonabell with 13 wins from 16 starts and earnings of $2,481,760. He was ridden by Mike Smith in every start bar his career debut and was inducted into racing’s Hall of Fame in 2001.

Bloodhorse – Racing Loses One of its Greats: Holy Bull Dead at 26 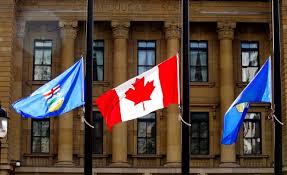 Sal says words aren’t enough so Sal will let the pictures tell the story of a superb thoroughbred race horse. Phil, Holy and Sitting would have wanted it that way.

Holy Bull – Tribute to a Champion

Another Shade of Grey

For us, warriors are not what you think of as warriors. The warrior is not someone who fights, because no one has the right to take another life. The warrior, for us, is one who sacrifices himself for the good of others. His task is to take care of the elderly, the defenseless, those who can not provide for themselves, and above all, the children, the future of humanity.

Inside of me there are two dogs. One is mean and evil and the other is good and they fight each other all the time. When asked which one wins I answer, the one I feed the most.

Sal was wandering if the Undertaker, QKB or the CCW would be sending their condolences.

Or at least posting Holy Bull’s passing on the HRA website.