Sal says that the Bull was with his rider on Saturday.

The Edge… there is no honest way to explain it because the only people who really know where it is are the ones who have gone over.
Hunter S. Thompson

Hear me, people: We have now to deal with another race- small and feeble when our fathers first met them, but now great and overbearing. Strangely enough they have a mind to till the soil and the love of possession is a disease with them. These people have made many rules that the rich may break but the poor may not. They take their tithes from the poor and weak to support the rich and those who rule.

Sal says that if Coates is not too busy the provincial government should send him over to Horse Racing Alberta and get him to update the Cuff Report and suggest methods for the changes required to ensure the survival of the horse racing industry in the province of Alberta.

Sal says that while searching through Phil’s dog eared archives he noticed that Phil had plenty of ideas for improving the professionalism of thoroughbred racing in the province of Alberta.  If any person at Horse Racing Alberta wants some of Phil’s ideas they can contact Sal at HS@HolyBull.ca.

There are many in this old world of ours who hold that things break about even for all of us. I have observed, for example, that we all get the same amount of ice. The rich get it in the summertime and the poor get it in the winter.

Sal says that there are 37 players left in the showvivor contest at Northlands Park out of the original 130 entries. Sal says that there’s something seriously wrong at Northlands Park if all they can muster is 130 entries for a contest. Sal received nothing from Edmonton Northlands about this contest, but still took if upon himself to post the contest Information and to e-mail the information out to a number of his contacts.

Sal says that maybe the city of Edmonton should hire Coates to find methods for the changes required to make Edmonton Northlands something other than the laughing stock it currently is.

Sal says that while searching through Phil’s dog eared archives he noticed that Phil had plenty of ideas for improving the performance of Edmonton Northlands.  If any person at Edmonton Northlands wants some of Phil’s ideas they can contact Sal at HS@HolyBull.ca. 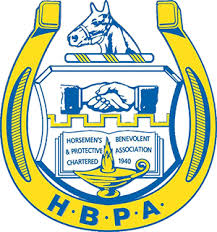 – Be a key interface for the Horsemen’s Benevolent and Protective Association of Alberta to thoroughbred Owners, Trainers, and Backstretch Employees.

– Help in the delivery of Dental, Benevolence, and Insurance benefits to backstretch employees.

– Assist in all functions of the Association (Board meetings, Elections, Membership, etc..)

– Must possess knowledge of bookkeeping practices (experience with SAGE desirable).

– Must have experience and a working knowledge of EXCEL.

– Must enjoy working with people and providing service to our members and backstretch employees.

– The ability to do work at Century Downs in Calgary during the Calgary race meeting would be an asset.

– Experience and knowledge of horse racing industry would be an asset

Please forward resumes or expressions of interest via email prior to June 15th to:

The Telegraph – Sanchez – Canadian inventor of the Hawaiian pizza dies, leaving behind a fruity and cheesy legacy that divides the world

A few weeks ago Sal said to Let Superman and Batman spat.  Sal has a new favourite caped crusader.

Thanks to google or some similar unearthing search bot Sal received an e-mail touting a new article from another site. Sal being ever vigilant for any pertinent  ideas to improve the life style of il nove naturally shares the link.

You can’t live a perfect day without doing something for someone who will never be able to repay you.

Treat the earth well: it was not given to you by your parents, it was loaned to you by your children. We do not inherit the Earth from our Ancestors, we borrow it from our Children.

TDN – Thornton –  Ritvo Weighs in on So Cal Horse Population

FiveThirtyEight – Barry-Jester- An Ode To The Rice Cooker, The Smartest Kitchen Appliance I’ve Ever Owned NY Times –  Arnold, Nikas and Lyons – Getting Married Where the Catering Is a Pretzel Vendor

TDN – Thornton –  The Week in Review

He did. He proved he was a nice horse on a nice day for racing. You can’t always have the third leg of the Triple Crown immortalized in the sport’s history books. Nothing wrong with that.

Sal says that while searching through Phil’s dog eared archives he noticed that when Phil ran a contest Phil gave out bonus points for the song to describe the horse you pick to win.

All The Way Home

Sal says that the lack of Todd Pletcher facial hair shows that Pletch understands a playoff beard or a Triple Crown Trail beard. Wear it while your team is in the playoffs or your horse is on the Triple Crown trail and not a second longer.

FiveThirtyEight – Enten and Silver – The U.K. Election Wasn’t That Much Of A Shock

Remember, it is never the knife’s fault.

TDN –  ‘Mor’ Wins for Baffert and Smith in Met Mile

Stop Me If You Think You’ve Heard This One Before

TDN –  Antonoe Goes Last to First in Just A Game

How Soon is Now?

Desserts are like mistresses. They are bad for you. So if you are having one, you might as well have two.

Bloodhorse – Balan – Desormeaux Warned by Stewards After Training Whip Use

Bloodhorse – Angst –  By the Moon Repeats in Bed o’ Roses

The Man Who Sold the World

This is Horse Racing – Tom Law – Welcome back to America

TDN – Sagamore Strikes With Another Algorithms in the Tremont

If We Were Vampires

NY Times – Chickering –  A War of Their Own

LA Times –  Ethiopian chef Genet Agonafer may cook the best doro wot in town, but she hasn’t eaten it in years