Horse Race Insider – Pricci – The Fourth of July and the Horse: An American Metaphor

Sal says that it’s no longer breaking news when Donald Trump sends out another moronic tweet. Breaking news would be that he didn’t.

NY Times – Corasaniti – That’s Him’: Christie Goes to the Shore, and the Critics Pounce

The Globe and Mail – Duhatschek – No contract for old men: NHL faced with a free-agent frenzy of veterans

The impressive winner is out of the Stormy Altlantic mare Surrender and was bred in Kentucky by Elaine MacPherson.

Sal says that when Topo gives the flock a young thoroughbred with Alberta Connections Randy Howg’s Gorgeous Ginny to watch and wager on just like a semi going the other way along comes another Albertan Elaine MacPherson who bred the winner in Kentucky to take the wind out of Topo’s Alberta sails.

Bloodhorse – Hangin With Haskin –  Hammer Time: My Wildest Assignment Ever

Garden and Gun – Summer in the South: 20 Must-Try Recipes

Two Out of Three Ain’t Bad

Wall Street has turned the economy into a giant asset-stripping scheme, one whose purpose is to suck the last bits of meat from the carcass of the middle class.
Matt Taibbi

Sal says these gifts will put a bigger smile on the host or hostess.

The Globe and Mail – Lehmann –  Where the water takes us 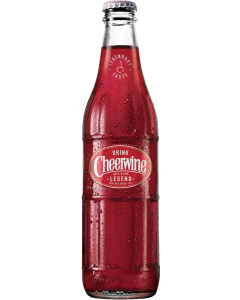 LA Times – Vartabedian – 1,800 tons of radioactive waste has an ocean view and nowhere to go

Louisville Courier-Journal – Lerner –  For Louisville’s Dale Romans, Churchill Downs success has been decades in the making

National Post –  Conrad Black: How the rise of Canada is in some ways greater than even America’s

National Post – Charles Krauthammer: In sports, winning is everything, but losing is even worse

Don’t Let Me Down

Education is what remains after one has forgotten what one has learned in school.

Man can now fly in the air like a bird, swim under the ocean like a fish, he can burrow into the ground like a mole. Now if only he could walk the earth like a man, this would be paradise.
Tommy Douglas

National Post – John Robson: Canadians feel for aboriginals, but our patience for too many insults has limits

We are taught you must blame your father, your sisters, your brothers, the school, the teachers – but never blame yourself. It’s never your fault. But it’s always your fault, because if you wanted to change you’re the one who has got to change.

TDN – DeBernardis – BC Berth on the Line in Smile Sprint

At the 100th Meridian

A wise man can learn more from a foolish question than a fool can learn from a wise answer.
Bruce Lee

The Wreck of the Edmund Fitzgerald

In politics one has to do as one at sea with a sailing ship; not try, to go straight ahead, but reach one course having regard to prevailing winds.

Have You Ever Loved A Woman

Sal says if you’re a famous heart surgeon with a 911 your vanity plate can be Call 911.

And just to show what a great corporate citizen they are for the city of Edmonton, Northlands Park is allowing Century Downs to feature Scenic Route to Alaska at their Canada Day show while Northlands Park will feature Costly Road to Oblivion.

Ignorance is not bliss – it is oblivion.

Sal says that il nove is probably wandering aloud why Sal used the octagon in a sport with 5 players rather than the pentagram when referring to Phil Jackson’s demise. Sal says il nove must remember that Duke has the patent on the pentagram.

Bloodhorse – Haskin – Get your Scorecard, the Travers Trail Has Begun

More significant is Mr. Trump’s continued mistreatment of women. It is disturbing that the president of the United States keeps up his unrelenting assault on women. From his menstruation musings about Megyn Kelly, to his fat-shaming treatment of a former Miss Universe, to his braggadocio claims about grabbing women’s genitalia, the 45th president is setting the poorest of standards for our children. We were heartened to hear a number of Republican lawmakers call out Mr. Trump for his offensive words and can only hope that the women who are closest to him will follow their examples. It would be the height of hypocrisy to claim the mantle of women’s empowerment while allowing a family member to continue such abusive conduct.

Washington Post – Brzeziniski and Scarborough – Donald Trump is not well

US Racing – Was Scratch of Horse at Charles Town Warranted?

Sal says that the stewards need to have a serious look at their rules of racing and the track rules if a horse can enter with one mediocre 4 furlong work.

The U.S. agency also thanked the Alberta Securities Commission (ASC) for its assistance in the case.

However, its conclusions are not shared by the Calgary-based regulator. Alison Trollope, a spokeswoman for the ASC, said via e-mail Wednesday “our investigation led us to a different conclusion than that of the SEC.” She declined further comment.

Sal says that it should not take the SEC to come to the rescue of Alberta and Canadian investors.

Sal says that what is most disappointing about the Notley regime in Alberta is its abject failure to take the broom and sweep out all the incompetent Tory patronage cronies.

NY Times – Powell – Zen Phil Is Gone, but All Is Not Lost for Knicks

Sal says that the Bulls with Pippen and Jordan and the Lakers with Bryant and O’Neill could have been playing an octagon offense and still won also those rings.

Thoroughbred Racing Commentary – Smith –  Is the battle of Thoroughbred racing’s superpowers really back on?

Sal says that with Topo back in the fold Sal feels like he’s starting to channel early Phil.

Do not seek to follow in the footsteps of the men of old; seek what they sought.

Sal says that Topo must be speaking about the Alberta HBPA Executive Director who kept his financials al fagiolo. But who is the first best numbers guy in Alberta.

Is it somenone who can conteggio dei fagioli or is it someone who can run the numbers.

Sal says that Topo may never get to Ascot as Topo knows that the pussycat’s been to London to see the Queen.

Sal says to check with your local Hudson’s as some of the locations take Canadian Tire Money at par on Canada Day.

The Globe and Mail –  Kelly: The Blue Jays are Schrodinger’s cat. So what’s in the box?

TDN – Massam – Serengeti Has the Look of Lion

The Globe and Mail – AP – Dalton- Did Bob Dylan plagiarize his Nobel lecture from SparkNotes?

We all know where the answer is:

Blowin in the Wind

TDN –  Letter to the Editor: Time to Fill the Lake

NY Times – Aaron – Before and After OK Computer

This Mess We’re in

The Guardian – Cook – Are you ready for your Royal Ascot procession close-up, your majesty?

TDN – Johnson –  Letter from Ascot: Up the Stretch Awards

To find a form that accommodates the mess, that is the task of the artist now.

Thoroughbred Racing Commentary –  Tony Morris’s 100 shapers of the breed: the story of Djebel

TDN – DeBernardis –  Down the Shedrow with Christophe Clement

The Globe and Mail – Kelly: The Mayweather-McGregor ‘joke’ is on us

Paulick Report –  ‘Drawn To Horses’ From The Start, Pletcher Assistant DePasquale ‘Can’t Imagine Doing Anything Else’

NY Times – Kepner –  Give Baseball Scouts a (Perfect) 80 for Tradition

Still Crazy after all these Years

National Post – BreHaut – Attack of the killer potatoes: French fries and other fried spuds associated with a doubled risk of death

Every bad situation is a blues song waiting to happen.
Amy Winehouse

Dance Me To The End of Love

Paulick Report – Paulick –  Paulick – View From The Eighth Pole: The Race To The Breeding Shed

Thoroughbred Racing Commentary –  Which Royal Ascot G1 winner is this?

“The biggest driver in handle is field size. Anybody who wants to argue that doesn’t know what the hell they’re talking about. If somebody asked me if I’d rather have 12 horses in a $20,000 claimer than three horses in a Grade I race, as far as wagering is concerned, I would. You gotta have a product, you’ve got to give people some value. In order to have value, you’ve got to have field size.”

Liebau also disagrees with those who believe the Thoroughbred Owners of California wield too much power in the state. The saying goes that if you want to get something done, whether it be a reduction in takeout or any type of rule change, the TOC must sign off on it.

“I think the most power in California belongs to The Stronach Group,” he said. “They own the facility. It is a partnership. You can’t have racing unless you got owners and trainers and a facility, but if you asked me who was the most powerful factor, it’s The Stronach Group. But having the power and being able to get things done and improve things don’t go hand in hand. You gotta have everybody in the bag.

“Everybody started blaming the tracks, track management, for what’s perceived as racing being in dire straits. There are other segments of the industry that have just as big a stake, maybe a bigger stake like the owners and trainers, organized labor … and you would hope that everybody would work together.

“I have to say that over time racing probably has been viewed as somewhat dysfunctional. I think even among the tracks at times there is a certain amount of dysfunctionality.”

On that, many would agree.

While waiting for a Moses to lead us into the promised land, we have forgotten how to walk.

NY Times –  Longman – In Pursuit of Millennials, More Fun in Sports. But Still No Twerking.

TDN Thornton –  The Week in Review

Show me How to Live