National Post – Thomson – Why are Albertans so mad? Everything you need to know about the federal equalization program

Get Off My Back

If a nation loses its storytellers, it loses its childhood.
Peter Handke

Sal says that Ottawa has been failing the citizens of the province of Alberta for decades. When can we expect our settlement cheques.

Urban conservationists may feel entitled to be unconcerned about food production because they are not farmers. But they can’t be let off so easily, for they are all farming by proxy.
Wendell Berry
Summertime Blues
As Sal was having a late lunch on Friday he had to agree with every small c conservative from Calgary who complains that the Mother Channel is a waste of taxpayers money when all it can show on a Friday afternoon is the Calgary Stampede. Sal says that I’m sure they were lined up 10 deep watching the tube at O’Reilly’s Pub. Sal’s sure that the Mother Channel could have found some reruns of As the Backstretch Turns.
If you want real stampede action take in a couple of the smaller stampedes across Alberta:
like the Rycroft recommended 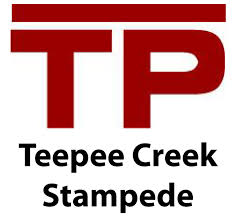 Sal says that Sal may be no connoisseur of rodeo and no fan of PETA campaigns but Sal would dump bucking broncs and saddle broncs in less than 8 seconds. How pedantic when most riders stay on for the full 8 seconds so we’re left with the French figure skating judge deciding who wins.
Give Sal the Bulls any day. Watch a bull when it bucks the rider off. It doesn’t timidly wait for a lead pony to guide it back to the safety of the barns it attacks anything and everything in its path and does a few struts for the crowd. Few riders can stay on the entire 8 seconds and the Bulls have star power.
Go to the local country bar and your roll of quarters won’t get you a ride on a bronc but it will get you bucked off the mechanical bull.
Broncs may buck up and down as high as they want but the bulls buck twist and shout.

Plus the Bulls have their own entrance song:

and their own exit song:

Another One Bites the Dust.

You know it’s important to have a Jeep in Los Angeles. That front wheel drive is crucial when it starts to snow on Rodeo Drive.

Queen of the Rodeo

Curt Kozba’s Triple K Stables’ Ghost Hunter garnered his sire Ghostzapper one graded stakes victory on Saturday with an impressive move up the inside in the Arlington Handicap at Arlington Park with Edwin Gonzalez in the irons for trainer Jamie Ness. Kurt was looking rather dapper in the winner’s circle after the race.

Sal had planned on playing the Pick 4 at Belmont and the Pick 4 at Arlington as both featured graded stakes on excellent cards. After finding not a single TV showing Arlington on the main floor at Northlands Park Sal kept his wagering money in his pocket. Sal says that’s not the way to run a business.

Sal says the salve that Frank Stronach will use to soothe the sting of defeat is the knowledge that Keen Ice’s victory just made the 2018 Pegasus that much more lucrative.

Brisnet – Genaro – A Day at the Races: Stars & Stripes at Belmont Park

Sal says that lack of pace only frustrates bettors when they leave the  speed out of their ticket.

Sal says that a nuclear meltdown from ferocious fractions frustrates bettors when the leave the closers out of their ticket.

I like to listen. I have learned a great deal from listening carefully. Most people never listen.

We need a new plan.

The horse racing industry needs to show Australians how wonderful it is.

Tell the stories of the horses, and the people who dedicate their lives lovingly tending to them. Share accurate statistics on Thoroughbreds being rehomed post racing. Show the farms where the horses are raised, the high level of care and attention they are given, and explain the regulation and integrity processes that protect them. Teach people about the incredible biomechanics of the Thoroughbred and how they are trained like high-performance athletes.

Our goal should be to give those who are indifferent to horse racing a reason to care, and to respond well to positive messages about the sport. Negative messages are currently dominating the discussion–especially where it occurs online.

We need to work together as an industry to create a shared vision that will safeguard the future of horse racing. We must achieve nothing less than a radical shift in the perception of horse racing in modern society, and we must focus our efforts on young Australians.

If you work in the racing industry and feel as I do about the horses, the racing community and the sport, then you are sick of defending racing against fabricated statistics and slanderous innuendo. It’s time we did something proactive about it.

TDN – OpEd – Leonard –  Off the Pace: How Our Industry Must Change

Sal says that the no generation of 18 – 34s has ever wanted the type of education that Leonard wants to give them. What they want is a place to have fun socialize meet members of the opposite or same sex have a couple of cold beers a burger or hot dog avec or sans ketchup make a wager or two and then tell their friends what a good time they had at the track.

Social media is just word of mouth on steroids and what horse racing needs to do is to get as many 18 – 34s using social media to tell their friends they had a good time at the track.

Heard it Through the Grapevine

Thoroughbred Racing Commentary – Smith –  How many female trainers are there in the world rankings – and who are they?

Beware of advice—even this.
Carl Sandburg

Atheists Don’t Have No Songs

Saturday’s Fred Jones Handicap Black Type looked like a Bobby Flay Throwdown as Deltin Stables and Ed Welsh’s Killing Me Smalls with Keishan Balgobin aboard for conditioner Ernie Keller and C and H Duggan Farms Ltd. and Shot in the Dark Racing Corp.’s Blue Dancer with Quincy Welsh up for trainer Gerg Tracy threw down the gauntlet straight out of the gate dueling like a pair of banjos with Killin Me Smalls continuing on to win the 1 1/16 mile affair in 1:43.83 a second and a tick off Chilcoton Blaze’s track record that has stood since 1984. Royal Warrior closed for second with Blue Dancer holding on for third.

Keishan’s front running tactics were not quite as successful in the Inaugural running of the Shirley Vargo Stake as Smart Fix lacked room and steadied at the head of the stretch before finishing evenly for fourth. Robert Vargo and Norm Castiglione’s Riversedge Racing Stables Ltd.’s Curlish Image stalked the pace and made a move in the corner and pulled away from the field in 1.44.38 for the 1 1/16 miles  for conditioner Tim Rycroft with leading rider Rico Walcott aboard. Quality Lane made an early move but was unable to hold off the winner and held for second. Port Protection closed for third place money.

In Hell I’ll Be In Good Company

Speaking of hot dogs avec or sans ketchup Sal’s mind was wandering if Northlands Park will be bringing back their Hot Dog eating contest for cheap entertainment at the 2017 Canadian Derby. With Joey Chestnut hinting about retirement the 2017 Northlands Park Hot Dog Eating Contest could be one of the preliminaries for finding a successor for the Mustard Yellow Belt. 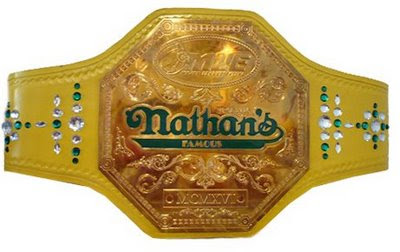 Sal says that Mucka Singh may even come out of retirement.

Mama Told Me Not to Come 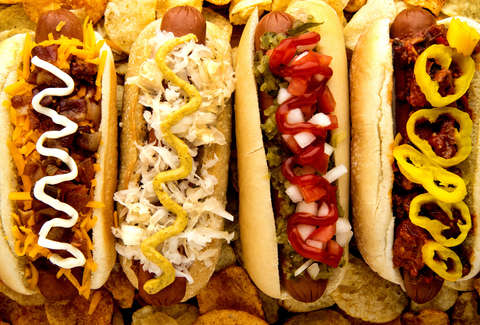 The inquiry determined that Hunter had failed in his fiduciary responsibilities when he, among other findings, considered investing union funds at a bank in which his son, Todd, was a director; employed his daughter and daughter-in-law; paid himself $1.3 million in unused vacation time with little oversight; and spent union funds on lavish gifts.

But while the report was an indictment of Hunter’s judgment, it found that he did not steal from the union or otherwise break the law. A month after the report’s release, 24 player representatives voted unanimously to fire Hunter.

Sal says that creeping nepotism will get you sacked from the NFA Player’s Union, but not from the US Presidency.

Conrad Hilton was very generous to me in the divorce settlement. He gave me 5000 Gideon Bibles.
Zsa Zsa Gabor
Bloodhorse – Hangin With Haskin – Arrogate, Where Are You?
$1,000 Wedding

Sal says that neither Khadr nor the widow will see a penny, but a lot of lawyers will be driving brand new Mercedes Benz.

The notice of application filed on June 8 in Ontario Superior Court referenced an emergency injunction “if requested” to block any payment of compensation to Mr. Khadr. No court date was requested for an injunction and Mr. Khadr’s lawyers and the federal government were not served with notice of the legal challenge.

Failure to serve the government and Mr. Khadr’s lawyers cleared the way for Ottawa to make the payment to Mr. Khadr, according to a federal insider.

The Globe and Mail – Fife – Ottawa pays out $10.5-million to Omar Khadr

Sal says that it looks like Khadr’s Edmonton and Toronto lawyers finessed the hot shot Yankee legal pieces and Omar’s going to Take The Money and Run.

It’s the perfect definition of a settlement. Both parties didn’t get what they wanted.
David Geffen
Paulick Report – Milestone Moment: Ryan Moore Rides His 2,000th Winner In Britain
Kiss me On The Bus

National Post – Justin Fox: Oh, great. Now the hipsters are even finding a way to ruin being homeless

When I sit down to write a book, I do not say to myself, ‘I am going to produce a work of art.’ I write it because there is some lie that I want to expose, some fact to which I want to draw attention, and my initial concern is to get a hearing.
George Orwell

Thoroughbred Racing Commentary – Sage –  Sea Hero: the mercurial champion who produced his best in the Travers

NY Times – Rothenberg – Players Pull Out at Wimbledon, and Calls for Reform Flood In

Sal says that the only reason so many Palookas are invited to the first round of these matches is for gate money and media money. Sal says the solution is so simple we shouldn’t be reading about it in the NY times: unless medical reasons cause the withdrawal you receive no payment unless the match id finished.

TDN –  Hence Mows Them Down in Iowa Derby

You Don’t Miss Your Water

Humans merely share the earth. We can only protect the land, not own it.
Chief Seattle
Paulick Report – Massachusetts Legislators ‘Invest In The Future,’ Leave Race Horse Development Fund Largely Untouched

Sal says that when Sal was digging through Phil’s dog eared archives Sal noted that Phil used to have a Friday feature called a Drink and a Phlick.

Whiskey on the Rocks

Sal says that if you’ve ever spent a day under the unrelenting sun picking rocks you can skip the rocks.

Sal says that if you’ve ever spent a day under the unrelenting sun picking rocks your back aches like all Albertans from carrying the rest of the nation.

To cherish what remains of the Earth and to foster its renewal is our only legitimate hope of survival.

TDN –  Oscar Performance Puts On a Show in Belmont Derby

DRF – Hovdey: Dickinson goes once more unto the breach