Thoroughbred Racing Commentary – Ehalt –  From floundering money-loser to America’s No.1 racetrack: the amazing transformation of Saratoga

National Post –  Colby Cosh: Get ready to be angry, Alberta, over a new equalization grab

The thoroughbred foal crop is declining because racing is almost a guaranteed losing proposition. A major contributor is per diem fees of $100 a day and up. A new system in which trainers would get more of a horse’s purse earnings but no per diem would help bring new blood into the game and almost certainly increase field sizes because horses standing in their stalls earn nothing.

Sal says that Jicha missed three key words on the end of his last sentence:

… because horses standing in their stalls earn nothing for their owners.

The final group spoke on the financial perspective and focused on the problems with complex betting, cost inefficiencies and lack of foreign capital being invested in racing. They highlighted that racing is not maximizing handle opportunities–suggesting a restructuring of simulcast contracts to increase money coming back to the racetracks that put on the product.

Sal’s No. 1 with a bullet obnoxious horse player is the guy who’s constantly telling you what an easy pick the 35 – 1 shot was seconds after they cross the finish line but who never shows you his tickets with $20 on the nose or tells you before they leave the starting gate.

ESPN – And Away They Go 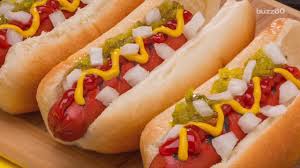 The 50-50 jackpot at the Edmonton Eskimos game Friday night shattered the previous Canadian Football League record, climbing to more than $436,000.

The demand for tickets at the game was so high, the team stated the winner would not be announced until after the game on social media and on esks.com. The announcement drew boos from the crowd — which also set an attendance record for the CFL so far this year at 36,260.

NY Times – Our Best Burgers, From Meaty to Meatless

Sal says that it’s invigorating  to see a retired political leader actually doing something for the people of the world unlike the Clintons and Harpers and Bushes and Obamas who stuff their pockets with their cushy directorships, consulting jobs and on the rubber chicken speaking circuit.

NY Times – Friedman – If You Fix This, You Fix a Big Piece of the Climate Puzzle

Sal says the answer was easy “C” plus one of these things is not like the others. Remember your High School and College multiple guess exams where when you didn’t know the answer you took an educated guess or always used “C” as you’d be correct 25% of the time. “A”, “B” and “D” all imply individuals and corporations changing their lifestyles to help green the planet. “C” looks out of place and it’s “C” so that’s Sal’s choice.

Don B. Danard and Curtis Landry’s Ruffenuff shook off any rust from her last lackluster performance and dominated the Northlands Oaks on Saturday leading from gate to wire repelling the late threat from Saveitforarainyday pulling away for a 2 3/4 length victory in 139.22 for the mile. Quincy Welsh was aboard for conditioner Greg Tracy as the Dialed In filly  improved her record to  6 wins in 8 starts including 4 stakes victories.

Saveitforarainyday held on for second with Anstrum getting up for show money.

Tougher than the Rest

Robert Vargo and Norm Castiglione’s Riversedge Racing Stables Ltd.’s Trooper John emphatically established himself as the early home track favourite for the 2017 Canadian Derby as he dueled for the early lead with Double Bear and Free at Last put those 2 rivals away and then  cruised home in 144.28 for the 1 1/16 mile in the Count Lathum Handicap Black Type at Northlands Park on Saturday. Keishan Balgobin was in the irons for trainer Tim Rycroft for the front running stakes victory on the son of Colonel John. That’s 2 weekends in a row that Keishan won Stakes on the lead.

Double Bear was no match for the winner but held on for place money over Real Quality who Sal had figured would have been part of the early pace but changed tactics today.

Great to see Count Lathum’s part owner and trainer Bobby Marsh making the presentation to the winning connections at Northlands Park on Saturday and spending a good part of the day reminiscing, Sal’s looking forward to seeing Bobby present the trophy to the winners of the Count Lathum when it’s run at the Century Mile.

LA Times – Seely – Old Volvos are an object of affection in Seattle, where drivers tend to hate driving

Speaking of the Century Mile Sal’s eye in the sky actually eye in a pickup driving done Highway II said there was equipment moving to the site behind Red Tail Landing and it looked like they were gearing up to be in the ground before K-Days opens its doors.

Speaking of K-Days Northlands Park will be racing July 19th and 20th before K-Days opens its doors with no live racing on Friday July 21 and Saturday July 22.

The Pemberton Music Festival finally sank into bankruptcy proceedings in May, leaving behind a welter of unsecured creditors and some bitterly learned lessons about how ‘the best weekend of your life’ can become a financial nightmare

Paulick Report –  Around The Track Podcast Presented By Taylor Made: Life And Times With ‘The Mig’

Paulick Report – Jagow – ‘Show’ Us The Money? The Plight Of A Simple Wager

Girl You’ll Be a Woman Soon

NY Times – Rafferty –  I Know What You’ll Read This Summer

All Day and All of the Night

THE CHICKENSHIT CLUB: Why the Justice Department Fails to Prosecute Executives, by Jesse Eisinger. (Simon & Schuster, $28.) Why was virtually no one prosecuted in the wake of the 2008 financial crisis? A Pulitzer Prize-winning journalist for the nonprofit ProPublica examines the cultural shifts in the legal and business worlds since the turn of the century that led to solicitous attitudes toward corporations. It’s basically an “elites” problem: the prosecutors and the defense attorneys on opposite sides of the table are increasingly the same people, just at different points in their careers. Prepare to be incensed.

Thoroughbred Racing Commentary –  Tony Morris’s 100 shapers of the breed: the legacy of an invincible American champion

TDN – DeBernardis –  Down the Shedrow with Ken McPeek

TDN – Berry – The Rise of Reynier

Well, I wish some of you would tell me the brand of whiskey that Grant drinks. I would like to send a barrel of it to my other generals.

Paulick Report –  Banke, Elliott, Vonmiller Among Those To Share Insights At 65th Annual Round Table Conference

And on Thursday, Justice Edward Belobaba — in a quick ruling from the bench after a 90-minute hearing — concluded that the plaintiffs did not provide enough evidence to justify a freeze order, which he called a “draconian” measure.

“We don’t, thank goodness, in Canada have one law for Omar Khadr and one law for all other Canadians,” Justice Belobaba told the courtroom in announcing his decision.

Prime Minister Justin Trudeau said he shares the concerns of Canadians who object to the settlement payment, but he said it was the responsible thing to do, both morally and economically.

“I can understand Canadians’ concerns about the settlement. In fact, I share those concerns about the money. That’s why we settled,” Trudeau said on Thursday in Ottawa. “If we had continued to fight this, not only would we have inevitably lost, but estimates range from $30- to $40-million that it would have ended up costing the government…. The measure of a society — a just society — is not whether we stand up for people’s rights when it’s easy or popular to do so. It’s whether we recognize rights when it’s difficult, when it’s unpopular.”

Sal says that Justin’s starting to sound a lot like Pierre.

Sal says that there are a number of legal pieces and car sellers ticked that they won’t be the benefactors of the Khadr lawsuit.

Sal says that most conservatives are so set in their PC ways they won’t even notice that the Khadr settlement prevents the airing of miles of the Harper government’s dirty laundry in public.

The court, however, invoked the “political question” doctrine: some politically charged and technical matters are not “justiciable” because courts are inappropriate forums for answering them. They include the wisdom of military actions. What was sensible but not predictable was that Judge Janice Rogers Brown, in addition to writing the opinion for the court, added a blistering opinion in which she upbraided the other branches for dereliction of duties regarding unfettered presidential war-making, particularly with precision-strike weapons.

Sal says that Khadr may have a defence to the wrongful death lawsuit.

Epstein called the White Sox a “surprising dance partner” because of their proximity. But the deal makes sense given each other’s needs.

Dancing in the Streets

Round up the usual suspects.

NY Times – Draper –  The Two Men Who Make Money From the N.B.A. in Summer

The Globe and Mail – Torres – The Russians are leaving: Free agents choose KHL over NHL to play in Olympics

Sal says that maybe short pants Trump Jr. can talk to his Russian connections about this.

Back In the USSR

But the bad overwhelmingly outweighs the good, and the case has definitely been made that Gary Bettman could be the worst pro sports commissioner ever. MLB fans might argue, and New Orleans Saints fans definitely would contend to the contrary, but most any hockey fan will defer to Bettman as the worst…ever.

Sal says that the only place you’d get an argument on that was in Montreal the night of the riot.

Bloodhorse – Balan –  Dortmund Back in Training at Los Alamitos

TDN – Frary –  Galileo’s Gustav Klimt Gets Up For Superlative Win

TDN –  Galileo’s Elizabeth Browning Earns Her Stripes at The Curragh

In theory there is no difference between theory and practice. In practice there is.
Yogi Berra