Time is on My Side

This is Horse Racing – The Inside Rail – Tom Clancy – Goodbye

Meanwhile, details of future plans for the racetrack will be unveiled in the coming months.

“What we have planned is very exciting,” said Morrison.

A pun does not commonly justify a blow in return. But if a blow were given for such cause, and death ensued, the jury would be judges both of the facts and of the pun, and might, if the latter were of an aggravated character, return a verdict of justifiable homicide.
Oliver Wendell Holmes, Sr.

The city is still negotiating what to do with the Coliseum and Northlands Park, where horse racing is scheduled to continue at least until a new race track is built outside the city. Council expects another report on the future of the Coliseum Sept. 12.

Sal says that one of his astute sources wants to know where the $8.1 million in tourism grants will go now that the city is operating the Expo Centre.

Sal says that Stolte’s report does not sound like a 7 year extension for horse racing has been granted to Northlands Park.

Horse racing will be gone by this time next year.

Sal says that Sal keeps checking the comments for Buzzy Burke’s comment about Tim Reid heading back to his Zamboni driving job in Fort McMurray.

Can’t Get There From Here

Have You Ever Loved a Woman

All are lunatics, but he who can analyze his delusions is called a philosopher.
Ambrose Bierce

The 2017 Bird of Pay Stakes at Northlands Park was not much more than a jog in the park for Don B. Danard and Brad Auger’s Suzette. The Kentucky bred daughter of Overanalyze out of the Sharp Humor mare Anna Bird Rulez took over from the early pace setters and just kept opening up with ease to a 14 1/4 length victory covering the 6 1/2 furlongs in 1:19.76 for leading Northlands conditioner Greg Tracy with leading Northlands rider Rico Walcott aboard. Dazzling Chic rallied for second with Uliftmeoffmyfeet closing for third but neither threatened the winner.

Astute handicappers listening to the jockey change when Quincy Welch booked off and Rico Walcott took the mount in the last race cashed the $18.20 late Daily Double.

Brad Auger may not be a name familiar to the Alberta race scene, but he’s not a rookie as he’s been in partnerships with Glen Todd and Kendall Hansen and as Rick said I think this is the beginning of a beautiful friendship.

Sal says that Sal’s surprised that the Lloydminster connections who won the 2007 Canadian Derby with Footprint didn’t step up for the daughter of Footprint’s half sister Anna Bird Rulez.

Sal says Sal’s certain that Suzette’s current owners are quite pleased with their purchase. Especially since her time for the 6 1/2 furlongs was 1 second faster than the boys in the Birdcatcher on Saturday.

Sal says to check out Hip 52 at the 2017 CTHS Alberta Sale if you’re looking for an Overanalyze yearling.

Sal says that speaking of over analyze that’s something that we handicappers do far too often. We spend so much time pouring over the form and replays that we suffer paralysis by analysis and can’t make a decision on who or what to bet. Sal’s best handicapping is usually done when Sal starts to look at the P4 with 2 minutes to post in the first race.

“With a jockey on a horse, if he comes off, there’s a high chance of getting a concussion, but he’s not impacting the brain hundreds of times in a race,” said Dr. Willie Stewart, a neuropathologist at Queen Elizabeth University Hospital. “If you have a rugby player, perhaps there’s a lower instance of concussion, but there’s a difference in brain impacts that are causing the repetitive subconcussive insults hundreds, maybe thousands of times a season.”

Sal says I’d be more concerned to find a teacher who can teach more arithmetic than counting the number of kids in the class to report to the union.

The Globe and Mail – Little – The real issue in Ontario’s schools: The teachers need to be taught math

The Globe and Mail – Quiz: Can you pass the Grade 6 math test?

If you can’t explain it simply, you don’t understand it well enough.
Albert Einstein

Don’t Stand So Close to Me

The Globe and Mail – How well do you know Canada’s history?

Bloodhorse – Wincze Hughes – Gun Runner Much the Best in Woodward

TDN – Gun Runner Puts on a Show in Woodward

On The Way Home

Making pictures, for an actress, is like betting, for a gambler. Each time you make a picture you try to analyze why you won or lost.
Hedy Lamarr

White Pine Ranch’s Shimshine, an astute claim earlier this meet, sat just off the early pace took over down the lane and slowly edged clear to win the Birdcatcher Stake at Northlands Park for conditioner Elige Bourne with leading Northlands Park rider Rico Walcott aboard. Shimshine got the 6 1/2 furlongs in 1:20.78. Regal Max sat behind the pace and ran into a bit of traffic trouble before closing for second. Kirwan’s Mountain closed well for third after he decided it was time to race.

Sal says that bettors paying attention to Rico Walcott would have noticed that Rico had ridden the 4 horse before but took the winner on Saturday.

Shimshine was bred in Alberta by Wally Pugh and Andy Stronach by Wilko out of the Menifee Mare Shimmery.

Sal says that there are a couple of Wilko’s available in the 2017 CTHS Alberta sale:

Sal says only in America.

Sal says that the Saratoga stewards blew this race. Voodoo Song took out 3 horses at the start and the inquiry sign never lit up. Maybe like the Northlands Park stewards they wanted to be home in time for supper.

Horse Race Insider – Jicha – In This Game, One Must Keep Learning

NY Times – No Madonna. No Geena Davis. But Still in a League of Their Own.

Thoroughbred Racing Commentary – Manning – He’s 28 now, but they still love him the world over for a performance that had to be seen to be believed

Sal says that before CDI goes all blither blathery about extending the points to foreign races where the horses seldom arrive in Louisville it needs to find the way to Illinois and add Hawthorne’s Illinois Derby to the points program.

Does Anybody Really Know What Time It Is

Just ask the bridgejumpers who wagered over $22,000 to win on Killin Me Smalls and the Nicholson fans who had their shekels on Royal Warrior’s nose as Killin Me Smalls was searching for the wire and Royal Warrior need just one more jump in the Speed to Spare Stake at Northlands Park on Saturday. Ed Welsh and Deltin Stables Killin Me Smalls just held on for the win over the late closing Royal Warrior for conditioner Ernie Keller with Keishan Balgobin in the irons. Ready Intaglio had to do nothing other than show up for third place money in the field of three.

Royal Warrior’s closing rush was far more difficult as Killin Me Smalls jogged unpressured for the first mile plus and lone speed unchallenged is tough to reel in.

You have to go way back in the Past Performances to find that Killin Me Smalls was another astute claim by Ernie Keller and his connections.

It seems to me that at this time we need education in the obvious more than investigation of the obscure.

TDN – Letter to the Editor – Re: Attracting the Millennial Gambler

Brisnet – DeRosa – How to Bet the Jockey Wager at Kentucky Downs

Sal says that a bet similar to a fantasy sports league will be readily understood by all sports bettors, casual or hooked.

Life is like riding a bicycle. To keep your balance, you must keep moving.
Albert Einstein

TDN – Duckworth – ‘Our Gates Are Open’

Silence is a true friend who never betrays.
Confucius

Sal says that with a name like Paolucci he should understand omerta.

Music is the silence between the notes.
Claude Debussy

Thoroughbred Racing Commentary – The race that had three winners

Canadian stakes winner Secret Wish is a half-sister to the filly Academic (Henny Hughes), who won the 2015 Woodbine Oaks prior to besting males in the GIII Canadian Derby and GIII British Columbia Derby. Secret Wish is also kin to Awesome Fire (Strong Contender), winner of the grassy 2012 Wonder Where S. and third in that year’s Woodbine Oaks.

Sharp Samurai is the last of two listed foals for his dam.

Someone is sitting in the shade today because someone planted a tree a long time ago.

A new and valid idea is worth more than a regiment and fewer men can furnish the former than command the latter.
Oliver Wendell Holmes, Jr.

You Keep Me Hanging On

Spirit in The Sky

DRF – Hovdey – Hovdey: 3-year-old ponies go up and down in circle game

Sal says that Caldwell just jumped to No 1

in the Pun Headline Top Ten.

TDN – Oppenheim –  September: The Big Picture and the Second Week

Thoroughbred Racing Commentary – Smith – York perspective: plenty of questions unanswered, but here’s one colt tailor made for the Breeders’ Cup

Sal says that sometimes you gotta stoop down and pick up the apple that fell off the tree.

TDN – DiDonato – Davis Not Looking to be ‘Cheap Speed’

National Post – Washington Post – Jenkins –  ‘Cajun Navy’ to the rescue: In crises such as Harvey, you want outdoorsmen on your side

The Bitter Southerner – Evans – Woe is Houston? Aw, Hell, No.

LA Times – Gelt – The art of extinction: Why a dinosaur painted in Russia looks different from one painted in France 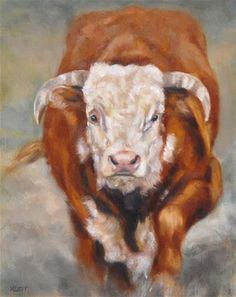 Paulick Report – Voss – Lost And Found Presented By Horseware: ‘Taxi’ Is All Grown Up