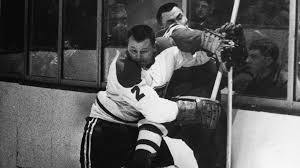 Every day is a lovely day.

TDN – Thornton – Have You Taken the Breeders’ Cup Aftercare Pledge?

The nation behaves well if it treats the natural resources as assets which it must turn over to the next generation increased; and not impaired in value.

Imperial Hint was not cut out to be this kind of horse. He is by Imperialism, who used to stand in Florida but is now in Alberta, Canada, where he had a $2,500 stud fee in 2017. He is the only stakes winner out of the mare Royal Hint, a winner of 2 of 6 starts. Imperial Hint is a small colt whose physical appearance doesn’t tout his ability.

When one tugs at a single thing in nature, he finds it attached to the rest of the world.

Someone’s sitting in the shade today because someone planted a tree a long time ago.

The Age – Roots – Cox Plate: Winx delivers her lap of honour and a third straight victory

NY Times – Kepner – The Yankees Had a Steady Winner in Girardi. Now They Want More.

TDN – Keeneland’s Before the Hammer: ‘Wind’ a Prevailing Force for Lane’s End at November

The horse is Gilded Time who stood at Bar None Ranches in Alberta.

Lexington Herald Leader – He hung out with a president, a senator, a Derby winner. Then, he stole from pension plans.

Sal says that Sal was cheering for the Yanks to beat the Astros so that he could feature a tune by that songster with a baseball name.

I Am I Said

TDN – History Served Up On A Plate

Bloodhorse – Hoppertunity Returns in Comma to the Top

Bloodhorse – Rod Mitchell – Oxley to $500,000 for Violence Colt at Fasig-Tipton

NY Times – Draper – Why The Athletic Wants to Pillage Newspapers

C and H Duggan Farms Ltd. and Shot In The Dark Racing Corp.’s  Hemlock Channel sat back in the pack saving his best run for last to handily win the Harvest Plate Stake at Century Downs on Sunday October 22 with Rico Walcott in the irons for conditioner Greg Tracy. This was the first stakes win for the Ontario bred son of E Dubai out of the Regal Classic mare Royal Diamond in a new track record time of 1:22.75 for the seven furlongs. Royal Warrior closed along with Hemlock Channel but never threatened the winner. Sir Bronx got up for third place.

Almac Racing Stables’ Tara’s Way contested the early pace set by the 3 year old Manitoba bred filly Escape Clause took over coming home and held on for conditioner Rick Hedge with Shamaree Muir in the saddle in the 1 1 /16 mile Founders Distaff at Century Downs on Sunday October 22. It was the second stakes win of 2017 for the Kentucky bred daughter of Tizway out of the Speightstown mare She’s a Wow in a new track record time of 1:45.94. Anstrum got up for second over Escape Clause who faded to third in her effort against older mares in open company.

The Atlantic – Sims – What Martin Scorsese Gets Right About Rotten Tomatoes

The thing I loved about the cartoons I grew up with is, to this day, I’m still just starting to get certain references from Bugs Bunny cartoons. I’ll see some film noir movie and go, ‘Wait, that’s what Bugs Bunny was quoting!’ I like the idea we made the unfolding fortune cookie for ten years from now.
Christopher McCulloch

LA Times – The flag, the military, police shootings, the NFL and Trump get the barbershop treatment at Tolliver’s

Never ask a barber if you need a haircut.

Paulick Report – You Could Never Count Him Out’: Jerkens Reflects On Career Of Late Stallion Effinex

Racing Post – Fidler – They’re not going to overthrow humans – but just how clever are racehorses?

National Post – Report: The only thing stopping dolphins from destroying us is a lack of hands

Please Don’t Let Me Be Misunderstood

US Racing – Michaels – Jockeys Matter When Handicapping the Breeders’ Cup

TDN – Holy Roman Emperor’s Rock My Love Is the Winterkonigin

Sal says that there owners must be friends of the Bear.

I hate to advocate drugs, alcohol, violence, or insanity to anyone, but they’ve always worked for me.