Then came April 7 with Justify and Vino Rosso running in the Santa Anita Derby and Wood Memorial, respectively, on both coasts. Tanya was in France watching the races on her iPhone at one o’clock in the morning, while John was watching with his buddies in The Derby Bar and Grill outside Vancouver. That’s where he goes to study the form and make a few bets.

Bloodhorse – Haskin –  “A Beast From Day One”

Sal says that if CDI is really deeply grateful then CDI needs to put their money where their mouth is and triple the purse for The Kentucky Derby. A purse of $2,000,000 for the Kentucky Derby is a joke. When 20 owners have to pay $25,000 to enter and $25,000 to start half of the purse comes from the owners’ pockets and CDI and its shareholders laugh merrily on their way to the bank.

Sal says that lady is one lucky duck.

Out of The Rain

Some people feel the rain. Others just get wet.

The best thing one can do when it’s raining is to let it rain.
Henry Wadsworth Longfellow
.
Bloodhorse – Wincze Hughes – Justify Conquers ‘Curse of Apollo’ in Kentucky Derby
.
Purple Rain
.

Save a boyfriend for a rainy day – and another, in case it doesn’t rain.
Mae West
.
The Magnificent Seven

It is well known that the older a man grows, the faster he could run as a boy.
Red Smith
.
Thoroughbred Racing Commentary – Ehalt – Will he be an all-time great? And four more lingering questions after Justify’s Kentucky Derby

Don’t cry because it’s over. Smile because it happened.

View from QEII. Sal’s sources say that more steel has been erected to the south. Skeleton should be completed some time next week or so.

The natural habitat of the tongue is the left cheek.
Red Smith 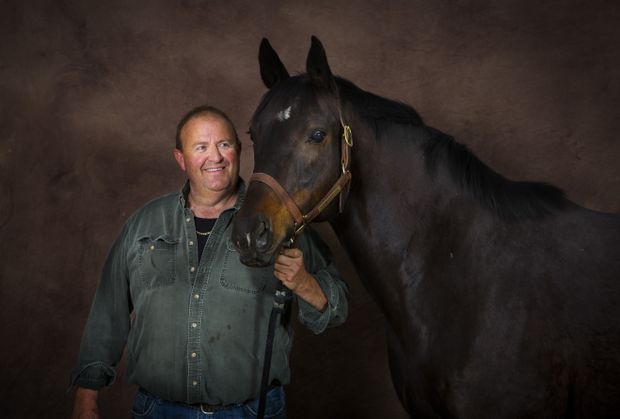 Roy McClintock with Crypta, a granddaughter of Secretariat and Northern Dancer in Caroline, Alta., April 20, 2018.

When the One Great Scorer comes to write against your name, He marks, not that you won or lost, but how you played the game.
Grantland Rice

Have you Ever Seen The Rain

We People Darker Than Blue

Sometimes I lie awake at night and ask ‘Where have I gone wrong’, then a voice says to me ‘This is going to take more than one night’.”

Kentucky Derby: Rain to dampen Saturday’s ’Run for the Roses’

Bloomberg – Chellel – The Gambler Who Cracked the Horse-Racing Code

You Wear It Well

Problems are only opportunities in work clothes.
Henry J. Kaiser
.

Imagination has a great deal to do with winning.
Mike Krzyzewski
The Czar’s Bride
What do you do with someone who’s too stupid to play an instrument?

Give them two sticks and make them a percussionist.

What do you do with someone who’s too stupid to handle two sticks?

Take away one of the sticks and make them a conductor!

I’ve Got Dreams To Remember

Me and Julio Down By The Schoolyard

Get Out of My Way

TDN – Monomoy Girl Refuses to Be Denied in KY Oaks

Talent is God given. Be humble. Fame is man-given. Be grateful. Conceit is self-given. Be careful.

The most important thing in coaching is communication. It’s not what you say as much as what they absorb.
Red Auerbach

If things don’t come easy, there is no premium on effort. There should be joy in the chase, zest in the pursuit.

You can see and you can listen, but you have to have moments in which you feel.
Mike Krzyzewski
.
America’s Best Racing – Curry – 2018 Longines Kentucky Oaks Cheat Sheet

You can’t win the Kentucky Derby unless you’re on a thoroughbred.

TDN – Sherack – It All Adds Up for Kentucky Derby Points System

Take one drink if:

Maybe Pitino was afraid that the fans would be calling his horse Coach Sucks.

I am more than just a serious basketball fan. I am a life-long addict. I was addicted from birth, in fact, because I was born in Kentucky and I learned, early on, that Habitual Domination was a natural way of life.
Hunter S. Thompson
.
mercoledì 2 maggio

Pletch can keep his Ram’s Sal’s still partial to:

Thoroughbred Racing Commentary – MacDonald – Meet the new half-sister to Beholder and Mendelssohn, and their remarkable mother

You Really Got Me

All human actions have one or more of these seven causes: chance, nature, compulsions, habit, reason, passion, desire.
Aristotle

Paulick Report – Reed: Marriage Of Horseracing And Bourbon In Kentucky And At The Derby

House Of The Rising Sun

It is not best that we should all think alike; it is a difference of opinion that makes horse races.
Mark Twain

Give me six hours to chop down a tree and I will spend the first four sharpening the axe.
Abraham Lincoln

I Sing The Body Electric

Lady and the Track – A Fun, Festive & Tasty Kentucky Derby Party Is In Your Future

Soon after, I returned home to my family, with a determination to bring them as soon as possible to live in Kentucky, which I esteemed a second paradise, at the risk of my life and fortune. 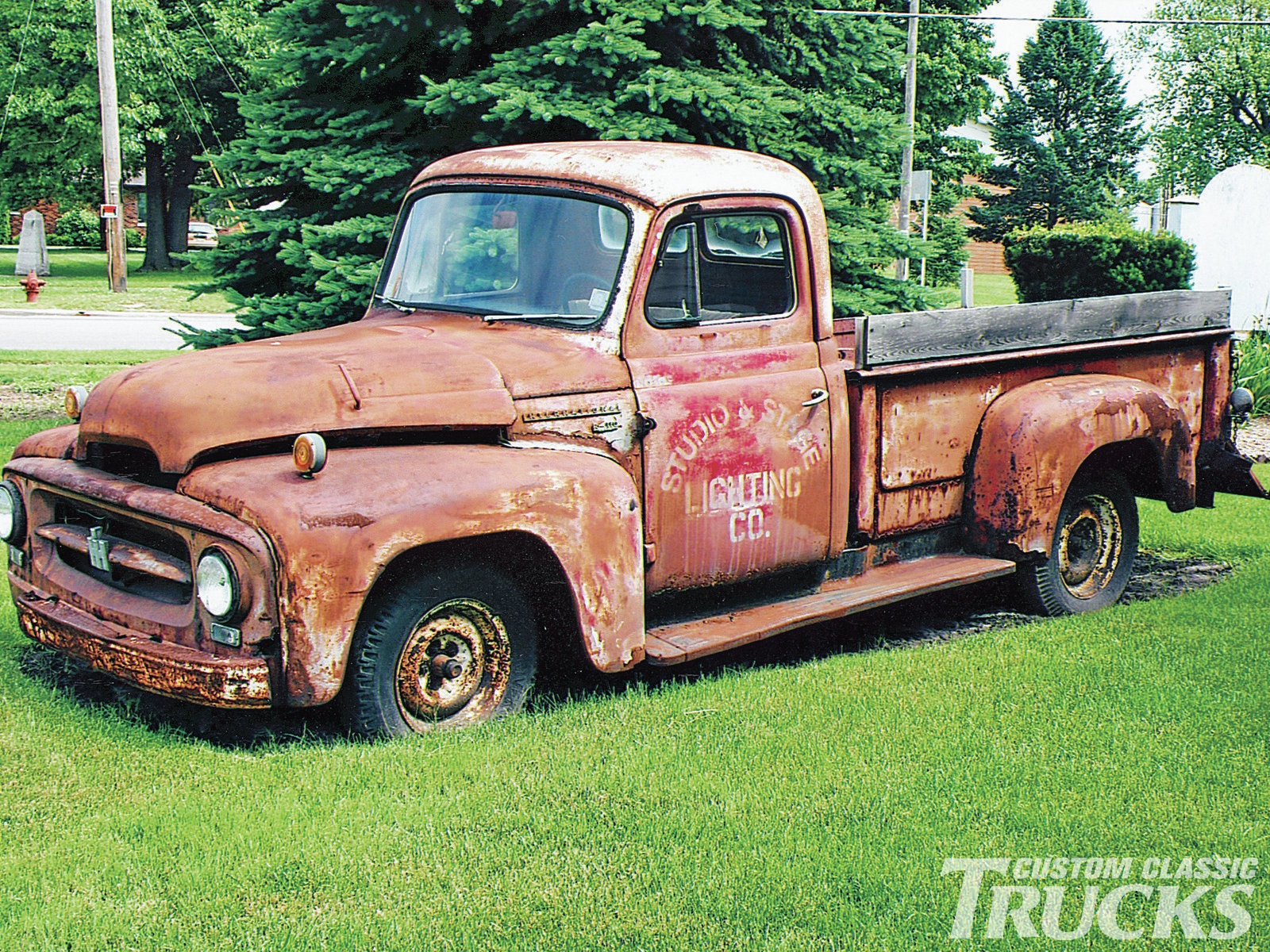 US Racing – Simon – Do Speed Figures Matter In The Kentucky Derby?

When you have mastered numbers, you will in fact no longer be reading numbers, any more than you read words when reading books. You will be reading meanings.

It just happened. As though a moment comes when it’s both necessary and natural to make a decision that has long since been made.
Georges Simenon
Mystery Train
TwinSpires Blog – 2018 Kentucky Derby News & Notes

Duke is an ugly word in Kentucky. Nothing in the world compares to the joy of beating those hateful swine from Duke.
Hunter S. Thompson
Thoroughbred Racing Commentary – Willoughby –  My top ten for the Kentucky Derby

Reading made Don Quixote a gentleman. Believing what he read made him mad.

Louisville Courier-Journal – Frakes – The Curse of the Apollo looms over two Kentucky Derby 2018 contenders. Can it be broken?