And you may ask yourself where Phil was convalescing after getting lambasted by the Battersea omnibus. You’ll have to wait until Michael Ondaatje’s done the book to find out.

And you may tell yourself that it’s nice to have Phil back but Phil’s not all the way back.

In the Vanderbilt, Imperial Hint carried the field’s 124-pound highweight under Hall of Famer Javier Castellano, who confidently guided the 5-year-old through a wide charge in the turn and wrapped up on Imperial Hint under the wire. Imperial Hint’s winning time of 1:08.98 for six furlongs was .94 seconds off Speightstown‘s track record set in the 2004 Vanderbilt.

Guess there won’t be any Sweet Home Alabama for her.

“My bucket list race is the Travers (G1),” said LaPenta. “I almost won it with The Cliff’s Edge.”

Why did the Pick 4 at Saratoga pay the same for both deadheat horses when the other wagers including the Pick 3 paid more for the longer odds horse.

Does the Saratoga Abacus not have enough beads to compute 2 separate Pick 4 payouts.

Sal says if you’re looking for a reason to open up your pocket book at the 2017 CTHS Alberta sale look no further than the Century Mile and its prospects for improved thoroughbred racing in the province of Alberta.

Phil has no idea what Sal’s deal was but Phil will honour Sal’s deal for the 2018 CTHS Alberta Sale.

Send your yearling photos to ps@holybull.ca and Phil will post them with a link to their catalogue page.

You better cut the pizza in four pieces because I’m not hungry enough to eat six.

Racing takes so much determination, guts, and sacrifice to be on top. I once craved, lived, and breathed racing. I can honestly say now, I’m ready to slow down and enjoy my life. Maybe I’ll cut loose and have a cheeseburger or some pizza. Those types of indulgences are not allowed when you constantly have to monitor your weight.

Hating the Yankees is as American as pizza pie, unwed mothers, and cheating on your income tax.
Mike Royko
Ideas are like pizza dough, made to be tossed around.
Anna Quindlen
Eli’s Coming

Sylvester Stallone, Jean-Claude Van Damme, and Arnold Schwarzenegger were sitting together in a bar, kicking back, drinking a few brews, talking about life and talking about the roles they’d played in movies.

As the three men talked, each was surprised to realize that all three of them had grown tired of playing the action hero almost as tired as we did of watching them. The whole scene was just all played out for them and us.

By chance, Stallone had a script with him that his agent had given to him as kind of  a joke. The script was about three actors acting out the role of their favorite musical composer. The three men were delighted, “This is great! Nobody would ever expect this from us! Let’s do it!” And so the agreement was made. Soon, a big budget studio was attached to the project, Tim Burton signed on to direct, Casey Jones signed on to conduct; everything was falling into place.

On the day of the first pre-production meeting, the actors realized they needed to pick parts. Since Stallone had proposed the idea, he got to choose first. After thinking for a minute, he declared: “I want to respect my heritage so I want to be Puccini.”

Next, it was Van Damme’s turn. He thought for a moment, then declared: “I want to respect my heritage as well so I want to play van Maldere.”

The Windmills of your Mind

What was Beethoven’s favorite fruit?

It’s easy to play any musical instrument: all you have to do is touch the right key at the right time and the instrument will play itself.

Zinn and his wife, Dolores, had been drowning in debt from bad real estate investments. Surprise, surprise, the widow is gorgeous — and possibly lethal. “She had the level interest in something new that a leopard has. While it decides whether you can be killed or not, its eyes are remarkably gentle and serene.” Still, Marlowe is instantly smitten. He fantasizes about whisking her around a dance floor, preferably to “Begin the Beguine.”

The notes I handle no better than many pianists. But the pauses between the notes — ah, that is where the art resides!

A Shot in the Dark

Phil Stockmen one day was hit by a bus. Unfortunately his wounds needed more than a truss.

The call was sent out his situation dire. He needed a medic but who could they hire.

Ben Casey, Marcus Welby, or young Doctor Kildare. Who had the knowledge and skill they could share?

Should they be deft with a scalpel or maybe an axe? There was only one choice ! Call Miracle Max!

Max and his missus were given the task. To resurrect a Phil Stockmen was a hell of an ask.

Phil was deceased, could he be brought back to life? Don’t underestimate Max and his wife.

Praise be to Max, Phil Stockmen’s come back. Ready to praise, or critique or attack.

YOU HAVE BEEN WARNED!

Lyrics by Learned and Low

On The Street Where You Live

Have you ever been flattened by a bus.

Who would name their race horse Flatter.

How big of a bus would you need to flatten a Khardashian ass.

The Ennead knew that one was coming.

Doesn’t a Spoonful of Sugar work better than Chocolate coating.

Sublime is something you choke on after a shot of tequila.

The only good thing about being flat is that you can ride in the back seat of a Fiat 500.

Coming Back To Me

National Post – CP Jeffords – ‘It is not right, it is not fair’: Mayor John Tory slams Doug Ford’s plan to cut Toronto city council in half

What type of public consultation other than the recent Ontario election does Tory want.

Does anyone other than Phil think it’s ironic for Tory to be slamming a Tory.

Will Tory Ford reduce the number of seats in the Ontario legislature by a similar ratio.

When will the slots be back at Fort Erie race track.

For those naive Albertans who vote PC by rote hoping that Jason Kenney and his UPCs will do the same thing remember that Jason Kenny was part of the Harper government that unleashed another 30 hogs to feed at the Federal trough.

How many asylum seekers would trickle into Canada if they were given the same opportunities that many of our grandparents and great-grandparents had when they settled the prairies.

Under the Dominion Lands Act, the following requirements had to be met within the first three years of homesteading:

Who is more coddled today: The refugees or all Albertans.

How bad must it be in the countries where these refugees are coming from if they’re fighting to get to the US where Donald Trump is the chief buffoon.

Phil was gonna thank Hawthorne Sal for subbing for Phil while Phil was convalescing in The Monster Hospital until Phil noticed this little tidbit in one of Sal’s posts. 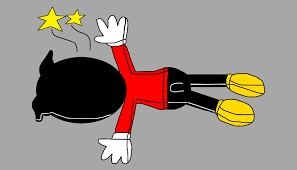 Sal was wondering if this is the symbol once known as Phil after he got lambasted by the Battersea omnibus.

The image and the words don’t bother Phil as much as the lame link to some stupid cartoon video. Phil would have expected a link to a decent toon.

Phil does appreciate Sal’s message to the jiggies: 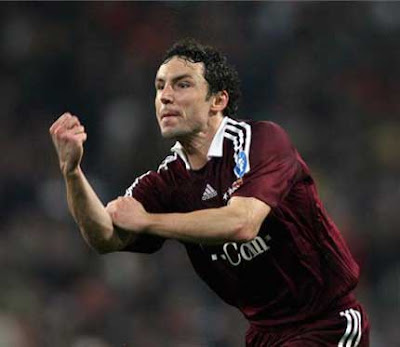 With the QKB leaving Horse Racing Alberta the jiggie advantage should now be history.

Phil says that the jiggies’ concerns about the business going forward mentioned in Peter Watts July 16 Hoofprints  will be without their Patronage Saint running the show at Horse Racing Alberta. Phil expects the jiggie whining to reach crescendo over the next few months so let’s hope that the new Chair and CEO of Horse Racing Alberta let the wheels squeak as much as they want without getting greased. Horse Racing Alberta should follow Manitoba and Iowa and send the jiggies to the bushes where they belong.

Speaking of getting greased Phil heard a rumour that Jim Reid is working behind the scenes at Track on 2.

Even though Phil’s sorta back both Phil and Sal have other fish to fry, Sal’s usually on Fridays. Expect only a few posts and all of the announcements sent to Phil by Northlands Park, Horse Racing Alberta and ATOBA. So in other words expect only a few posts and the odd announcement sent to Phil by HBPA Alberta and CTHS Alberta.

Speaking of ATOBA after Phil checked out Sal’s archives Phil went to ATOBA’s site to check and see who ATOBA is.

Why couldn’t Phil find the Directors and Officers of ATOBA listed on their website.

What does an ATOBA membership get you.

What does ATOBA have to hide.

Does thoroughbred racing in Alberta need another organization digging their hands into the owners’ pockets just to provide a position for the Preacher.

Children of the Revolution

Up On Cripple Creek

If Letterman was part of the movie he would chose Lizst.

Speaking of lists Phil will in Phil’s sole discretion publish any and all Top 10 lists of tasks, ideas, plans and suggestions for the New CEO and Chair of Horse Racing Alberta to improve thoroughbred Racing in the province of Alberta.

Letterman – Top Ten Things U2 Has Learned Over The Years

When you make your list remember to check it twice and there’s every reason to be naughty and not to many to be nice.

Phil thinks this calls for a contest.

Burning Down the House

Thoroughbred Racing Commentary – Shields – Living the dream against so many odds: the inspirational story of Sarah Ritchie

We shall not cease from exploration. And the end of all our exploring will be to arrive where we started and know the place for the first time.

One Response to “Can Phil Have His Flat Back”