NY Times – Brooks – What Rural America Has to Teach Us

A good farmer is nothing more nor less than a handy man with a sense of humus.
E. B. White

If a farmer fills his barn with grain, he gets mice. If he leaves it empty, he gets actors.
Walter Scott

I may not be a polished politician, but as a lifelong farmer, I know that most problems can be solved with a little common sense.
Stephen Fincher
Cookies

Southern Living – Classic Recipes Your Grandmother Always Had on the Table

I think cookies are sort of the unsung sweet, you know? They’re incredibly popular. But everybody thinks of cakes and pies and fancier desserts before they think cookies. A plate of cookies is a great way to end dinner and really nice to share at the holidays.
Bobby Flay

The pleasure lies not in the cookies, but in the pattern the crumbs make when the cookies crumble.
Michael Korda

Medical New Today – Fletcher – What are the benefits of oatmeal? 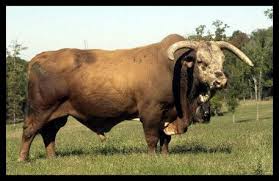 The Globe and Mail – MacGregor – A beef tale: How a farmer flourished by letting his bulls enjoy the scenery

Paulick Report -‘Out Of This World’: Winx Gallops To 32nd Straight Victory

Undermine their pompous authority, reject their moral standards, make anarchy and disorder your trademarks. Cause as much chaos and disruption as possible but don’t let them take you ALIVE.

Friday all the scribes were worried that poor old Pletcher would be shut out of the 2019 Kentucky Derby picture and suddenly Sunday he has 2 horses in the Top 10 in points.

TDN – By My Standards, War of Will Doing Well Sunday

The New Dealers have all left Washington to make way for the car dealers.
Adlai Stevenson II

TDN – Goldencents Colt Blows Up the Tote in LA Derby

Perhaps McCain has opposed affirmative action for so long that he doesn’t know it’s about inviting more people to meet standards, not lowering them.
Gloria Steinem

When will some breeder cross Istan with a Holy Bull mare.

Dancing In The Streets

One of the most basic factors in sports is that winning becomes a habit, and losing is the same way. When failure starts to feel normal in your life or your work or even your darkest vices, you won’t have to go looking for trouble, because trouble will find you.
Count on it.
Hunter S. Thompson

How much truth is there to the rumour that the Edmonton Oiler’s Sideshow Bob plans to continue with their proven utterly useless nepotistic ways and hire Krusty the Klown as the next Oilers GM.

Would the Alberta Oil movement problem be solved if everyone used as much grease in their hair as Gene Principe.

How much more embarrassment can Daryl Katz put up with.

Daryl Katz can put up with truckloads of embarrassment as long as Oilers fans keep shelling out their shekels for  the ridiculous priced tickets, beer and merchandise.

Paulick Report – Voss – EPO: What We Know, And What We Don’t, About The Blood-Doping Threat

At what exponential rate is the gap between what we do know and what we don’t know about drug cheating in athletics increasing.

When will the testers catch up with testing for the hundreds of new versions of EPO out there.

When will Monsanto have their GMO steroid laced oats seed ready.

One of the first rules of playing the power game is that all bad news must be accepted calmly, as if one already knew and didn’t care.
Michael Korda

To succeed, jump as quickly at opportunities as you do at conclusions.
Benjamin Franklin

It is with great sadness that the Derby Bar and Grill reports the passing of H.B.P.A. of Canada and H.B.P.A. of B.C. Secretary Treasurer Richard Yates, who suddenly died of a massive heart attack yesterday, March 22nd, 2019.

Richard was a true advocate, ambassador, and a friend to racing.

He was an integral and important part of the industry based initiative extending over the last eight years designed to stabilize and secure a productive future for Thoroughbred Horse Racing in British Columbia.

Richard was one of the group of individuals who created the outstandingly successful Hastings Racing Clubs I and II.  Richard expertly managed the clubs’ 500 members through personal meetings, phone calls, and countless emails, introducing the new members to our spectacular sport of Thoroughbred Horse Racing.

In addition to many other talents, Richard was a writer extraordinaire, who produced the very popular and insightful “Richard’s Wrap Up” after each race day, giving a rundown of the winning horses and their connections, and important events of the day in a concise, descriptive and humorous fashion.

While Richard was obviously an important and respected member of our local racing scene, his influence and assistance went right across Canada through his role for years as an officer and Secretary Treasurer for the H.B.P.A. of Canada.  He also served with distinction on numerous committees and assisted in executive matters for the National H.B.P.A. of America.

In conjunction to his professional responsibilities to the racing industry, Richard also, for 27 years, was an owner, breeder and trainer of many hard-running, decent race horses.

Richard was a well-liked and integral part of the backstretch community and gave freely of his time, trying his best to help anyone and everyone in need.

As well, Richard will be remembered for his quick wit and extraordinary ability to draw laughter from Club members, industry participants, colleagues, and friends, of which he had many.

In conclusion, we can think of no better way to end this writing than by leaving you with one of Richard’s favorite quotes:

“Gather ye rosebuds while ye may”

Richard’s memorial will be held during the racing season on a date to be announced.

Is is truly retirement when you’ve become an irrelevant irritant to your sport.

One Response to “Phil’s Pharm Musings”