It is not a pretty portrait. It is the depiction of an organization in chaos. It is a portrayal of a mess that, let’s face it, began when Johnson was unwisely given the job in the first place.

It was written here that he was never right for the position and, quitting in a manner as shocking as anything I’ve seen in 25 years covering this team, he proved it.

LA Times – Plaschke – Magic Johnson was never all in, so now he’s all gone

NY Times – Cacciolo – No Playoffs for LeBron James, No Job for Magic Johnson. Why the Lakers Fell Apart.

If Magic had been given Carte Blanche instead of a Platinum American Express card would he have stepped down.

I make sure I get a lot of vegetables, a lot of fruit. I am a big fruit man; I am a vegetable man, anyway.
Magic Johnson

I had three rules for my players: No profanity. Don’t criticize a teammate. Never be late.

TDN – Vettise – Winx Out a Winner in the Queen Elizabeth

Thoroughbred Racing Commentary – Duckworth – Winx: surely no other horse could have soared so high so often

The laziest man I ever met put popcorn in his pancakes so they would turn over by themselves.
W. C. Fields

One of the reasons people hate politics is that truth is rarely a politician’s objective. Election and power are.
Cal Thomas

Good News for the Pastor: Church attendance rose dramatically the last three weeks.
Bad News: You were on vacation.

NY Times – Kolata – Most Osteoporosis Drugs Don’t Build Bone. This One Does.

The cheaters will soon have the market for the new drug cornered and the regulators will take 2 decades to respond with a test.

The single biggest problem in communication is the illusion that it has taken place.

Bad to the Bone 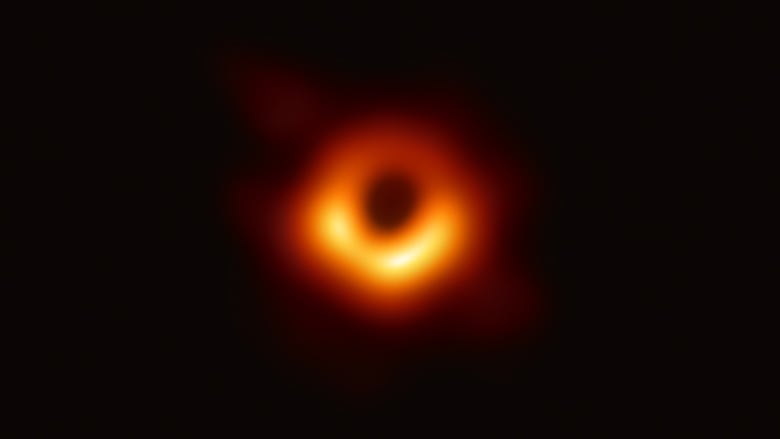 National Post – NY Times Klein and Overbye – A guide to black holes for Earthlings: Even Einstein and Hawking had doubts about them

Black holes are where God divided by zero.

Does anyone in racing have the spine to make a decision and stick to it?

The situation at Santa Anita is turning into a bad joke reminiscent of the old Ella Fitzgerald tune Undecided: “First you say you will, and then you won’t. And then you say you do, and then you don’t. You’re undecided now, so what are you gonna do?”

Rules at Santa Anita have the shelf life of fresh fish.

My response to yet another committee, board or group coming up with something that has teeth in it is as follows: wake me when it’s over please.

My problem is that no matter how many rules, substandard tests and other measures are introduced, one thing in the struggle to rid the game of cheats remains constant: no jurisdiction in all of North American racing has yet shown the will necessary to move the ball an inch.

Having been a civil servant for seven years in the Los Angeles County Probation and Civil Service Departments, and having interviewed plenty of stewards and regulators as a turf writer over the years, I know one thing for sure about regulators and stewards: like Congressmen, their main goal is not to lose their jobs. So in order to achieve this lofty goal of survival, they feel it is incumbent upon them not to rock the boat. They embrace the status quo. So counting on racing regulators to save our game from cheats is a foolhardy concept to begin with.

Phil will not refer to the 3 year old Stakes races as Kentucky Derby preps as that denigrates Graded races that carry million dollar purses that can stand on their own without the Kentucky Derby. That said Phil’s glad that the skein has run out as each weekend the 2019 class of three year olds failed to distinguish themselves and you may have claiming horses and a maiden in the 2019 Kentucky Derby starting gate.

In every author let us distinguish the man from his works.

Horse Racing Nation – Brinkmeyer – Who’s in, out and on the 2019 Kentucky Derby points bubble?

Wouldn’t a contest or future bet based on the 20 horses that actually start the Kentucky Derby be another way to keep interest in thoroughbred racing.

Every once in a while, someone will mail me a single popcorn kernel that didn’t pop. I’ll get out a fresh kernel, tape it to a piece of paper and mail it back to them.
Orville Redenbacher

CDI needs to add a further qualification for the 2020 and all future Derbies. Entry is restricted to horses that have at least 1 win to keep maidens from the field.

A year after riding Justify to the Triple Crown, Mike Smith has a tough choice about which horse to ride in the Kentucky Derby.

Do you think that the jockey switch to Javier Castellano benefited Anothertwistafate.

Do you think that Anothertwistafate’s connections would switch jockeys if they had a do-over.

Actually, the Kentucky moment was better than winning the two National Championships, because it was the epitome of what I try to get from a team in a crisis situation.
Mike Krzyzewski

Have You Ever Really Loved a Woman

The Long and Winding Road

Paulick Report – ‘On His Toes’: War Of Will Sharp In Gate Drill At Keeneland

As promised last week, here is the story behind MAXIMUM SECURITY. First off, his sire wasn’t exactly setting the world on fire, so Gary West told his longtime racing manager and bloodstock agent Ben Glass to sell him and find a farm who would buy half-interest. Although the asking price was cheap, no one wanted to stand him. Finally, a syndicate from South America bought him and sent him to Brazil. The dam, Lil Indy, had sold for a meager $2,200 as a yearling before being purchased by Glass for $80,000 in foal to Pioneer of the Nile. The resulting foal finished out of the money in all five of her starts. Lil Indy’s third foal, a full brother to Maximum Security, ran for $7,500 to $10,000 claiming races and finished out of the money in six of his final seven races.

Maximum Security was a late foal, born May 15, and his knees didn’t close (the bones didn’t fuse together). West, with over 100 horses, needed to get rid of those who didn’t measure up, and this colt, physically and family-wise, certainly didn’t measure up. They decided to wait until July for his knees to close so they could eventually run him for a claiming tag. They sent him to Jason Servis along with several other maidens they needed to cull and told him to move them along. But this colt immediately came down with sore shins, so they had to wait for him to get healthy.

The colt hadn’t shown anything on the farm or at the track in the morning, so when Servis told Glass he wasn’t working that well, Glass said to just put him in for $16,000. But once he got over his shin problems and was ready to run, Servis noticed something about him and told Glass, “You know, this horse may better than we think. Maybe we should run him for $40,000.” But having just practically given his sire away because no one wanted him, having just sold his dam for a meager $11,000 after having paid $80,000 for her and seeing her go off to Korea, having seen his sister, Lily of the Nile, sell at the sale as a 4-year-old for a paltry $3,000, and with his siblings having done nothing on the track, they decided to stick with the original plan to run for a $16,000 claiming tag figuring people would see he’s a homebred with a dismal family history and assume they were just trying to get rid of a crooked horse.

Even though Maximum Security surprised everyone by romping by 9 3/4 lengths, with no one claiming him, the following month Lily of the Nile sold again, this time for only $5,000. Now, three months later, here is that one-time reject, a winner of the grade 1 Florida Derby, a winner of all four of his starts by an average margin of 9 1/2 lengths, and one of the favorites for the Kentucky Derby, and somewhere out there, someone has his dam for $11,000 and his half sister by Pioneerof the Nile for $5,000.

As Glass said, “I honestly don’t have the answers. All of a sudden this colt woke up. You just never know in this game. When you have over 100 horses you have to move some of them along. Dr. David Lambert once told me a horse’s heart develops by racing and putting stress on it because it isn’t fully developed before they run. Sometimes you can’t tell about a horse until they test out their heart. We don’t even know yet if he’s just a horse for course or if he’s this good. It was totally different with Game Winner. The first time we breezed him I sent a text to Gary saying “We just breezed the next Gun Runner (another son of Candy Ride).”

I love to be in the ballpark. I love to just go in and enjoy a great baseball game, a great pitchers’ duel.
Magic Johnson

How many out there thought he was going for a moniker closer to has antics and changing to Johnny Asshole.

Paulick Report – ‘There Is No Guarantee’: Scollay Urges Kentucky Racing To Learn From Santa Anita

TDN – Bill Finley – So Maybe Richard Shapiro Was Right After All

NY Times – Severson – The Sweet Success of the Spiral-Cut Ham

Garden and Gun – The Secret Behind Augusta National’s Pound Cake

I have never known anyone worth a damn who wasn’t irascible.
Ezra Pound
White Wine Spritzer

With Reddish declaring for the draft will Duke feel Bluish.

Sympathy for the Devil

Duke is an ugly word in Kentucky. Nothing in the world compares to the joy of beating those hateful swine from Duke.

With 2 Graded Stakes winners so far in 2019 will the Wests be on the phone to Brazil to get New Years Day back.

Hollywood is where they shoot too many pictures and not enough actors.

I’m glad I don’t have to explain to a man from Mars why each day I set fire to dozens of little pieces of paper, and then put them in my mouth.