It isn’t necessary to imagine the world ending in fire or ice. There are two other possibilities: one is paperwork, and the other is nostalgia.
Frank Zappa

Bloodhorse – Crosby – War of Will Punches Back With Preakness Win

TDN – Bianca – War of Will Gets the Trip, Redemption in Preakness Win

Bloodhorse – Crosby – War of Will ‘Great’ Morning After Preakness Win

Ritvo knows the stakes are high, especially in California, where it takes just 600,000 signatures in a state of more than 39 million to get a ballot initiative before voters to decide if the sport should be banned.

“We were really devastated and close to seeing racing go away,” he said.

Someone asked Casse how much weirder this Triple Crown season can get. Doesn’t he just want to take his horse, and his victory, and go home?

“I think we’ve covered bizarre already, so no, I’m not worried,” Casse said, adding that if War of Will is healthy, he is on to the Belmont Stakes in three weeks. “This is the life we live each and every day.”

I had crossed the line. I was free; but there was no one to welcome me to the land of freedom. I was a stranger in a strange land.

Brisnet – Balan – From Pimlico infield to neighborhood, a most memorable Preakness

It’s those moments, those odd moments that you look for and sometimes by creating this kind of loose atmosphere you find those little moments that somehow mean a lot to an audience when they really register right.

Paulick Report – West ‘Not Looking At The Belmont’ With Maximum Security; Haskell The ‘Primary Goal’

TDN – Bill Finley – The Rematch We All Want: Let’s Make It Happen

Kreidel and “Hunter” weaved through people and camera equipment at full speed to meet him. He evaded them, and the pair gave chase. It took them a couple of attempts to catch the colt — he slowed just short of the sixteenth pole and waited for her to catch up, then spun and took off in full flight again, back past the now-cowering crowd with Kreidel in hot pursuit before she was close enough to lean over, bobbing perilously out of the saddle for several strides, and snag his inside rein.

Without deviation progress is not possible.

The true genius shudders at incompleteness – and usually prefers silence to saying something which is not everything it should be.

Bloodhorse – Haskin – For the Love of a Horse

False history gets made all day, any day, the truth of the new is never on the news.
Adrienne Rich

If Catholic Boy commits a foul, or causes interference, if he confesses does he get absolved.

Since the emergence of well-known sires like A.P. Indy who are ridglings, Pierce says he doesn’t believe the status has any substantial impact on a horse’s potential stud value in today’s market.

Hold Me Tight or Don’t

I’ve made up stuff that’s turned out to be real, that’s the spooky part.
Tom Clancy

We have to do with the past only as we can make it useful to the present and the future.

Why only challenge 4, if you really believe your horse is that much superior why not challenge all of the Derby participants.

Are you as tired of Gary West’s sour grapes bullshit antics as Phil is.

Deciding not to decide is, of course, among the most important things done by the Supreme Court. It takes a lot of doing, but it can be done.
Thurgood Marshall

The key step for an infielder is the first one… but before the ball is hit.

One of my favorite philosophical tenets is that people will agree with you only if they already agree with you. You do not change people’s minds.

The public scrutiny surrounding the first 23 equine fatalities prompted an announcement of unprecedented changes by The Stronach Group, including restrictions on whip use, a phase-out of race-day furosemide, tighter restrictions on therapeutic drug use, and a greater investment in equine safety and medical equipment. Some of those proposed changes have been met with industry pushback.

Despite the six-week period of relative calm at Santa Anita, national media interest in the two deaths was significant. The breakdown of Commander Coil was reported by CNN, ESPN and NBC News, among others.

The death of Congrats Gal was also mentioned in coverage by Britain’s The Daily Mail, The New York Times, FOX News, and the Baltimore Sun.

Also on Friday, National Geographic published a story declaring the total number of Thoroughbreds who died at the races in 2018 came to 493, noting that, “Trainers have been accused of making an already risky situation worse by drugging horses with performance-enhancing substances or painkillers, animal welfare advocates say.”

The Stronach Group’s Chief Operating Officer, Tim Ritvo, spoke to media in the Preakness press box Saturday afternoon and said “we feel this track is one of the safest racetracks in America right now with the protocols in place.”

Where you see wrong or inequality or injustice, speak out, because this is your country. This is your democracy. Make it. Protect it. Pass it on.
Thurgood Marshall

Washington Post – Rarick – I train racehorses in France. They live long and love their jobs.

Thoroughbred Racing Commentary – Hayward – U.S. racing can significantly reduce horse fatalities, but do we have the courage to do it?

It is that most modern of stories, with only a couple of lessons, each profoundly depressing.

The first is this: She who gets to social media first wins.

The other is this: When they come for you, whether it is with allegations of sexual assault or sexual harassment or even worse, racism, or worst of all, because there’s a hierarchy in racism too, anti-black racism, you are done like dinner.

Indeed, there are no facts any longer, only feelings.

Hating the Yankees is as American as pizza pie, unwed mothers, and cheating on your income tax.

You better cut the pizza in four pieces because I’m not hungry enough to eat six.
Yogi Berra

The Bitter Southerner –  Purvis – Can ‘Ma’am’ Be Saved? 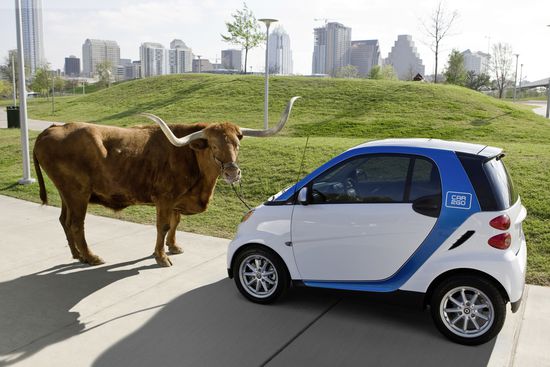 Globe and Mail – Bubbers – Were we just not smart enough for the Smart car?

NY Times – Thomas – In the Bronx, an Elite Chef Is Trying to Engineer a Better School Lunch

Sunshine is delicious, rain is refreshing, wind braces us up, snow is exhilarating; there is really no such thing as bad weather, only different kinds of good weather.
John Ruskin
Black

Ideas are like pizza dough, made to be tossed around.