Phil’s Phinal Wrap of the

Medical New Today – What to know about betamethasone

Paulick Report – ‘So Far, So Good’ For King Fury Try In Preakness; Midnight Bourbon Could Return In Second Jewel

DRF – Hegarty – Air shipping may not be available to Preakness hopefuls

Bloodhorse – Daugherty – Medina Spirit a Diamond in the Rough for Whitman

Paulick Report – Derby Aftermath: Baffert On Medina Spirit … ‘They Came For Him, And He Just Dug In’ 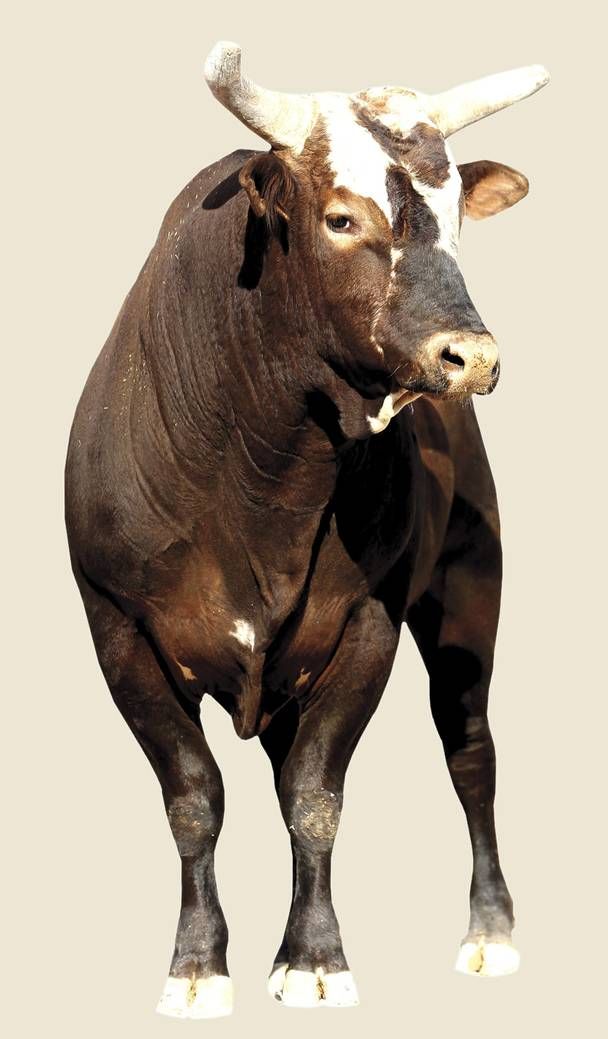 You Can’t Always get What you want

The best portion of a good man’s life is his little, nameless, unremembered acts of kindness and of love.

Essential Quality finished a game fourth. Saez did not get his redemption. Cox had the double heartbreak of watching his other horse, Mandaloun, come up just short.

“He absolutely ran his heart out,” said his jockey, Florent Geroux. “We just got beat.”

The record will reflect the cold hard facts of a sometimes warm and squishy game of perception: Medina Spirit covered the mile and a quarter in 2 minutes 1.02 seconds and paid $26.20 on a $2 bet to win.

At the end of the day, a sport that both transfixes and repels did both again.

“This never gets old,” said Velazquez, rightfully one of the happiest men in horse racing after his victory.

Yeah, well, too often it does.

I find fault with my children because I like them and I want them to go places – uprightness and strength and courage and civil respect and anything that affects the probabilities of failure on the part of those that are closest to me, that concerns me – I find fault.

“I kept waiting for all the horses to pass him,” Baffert said. “And all of sudden, I’m thinking, ‘Wait a minute.’ … When he got to the eighth pole, I’m thinking, ‘He’s got a shot,’ and we started getting loud.”

Down the stretch there were several horses that had an opportunity to pass Medina Spirit. Hot Rod Charlie was three wide, and favored Essential Quality was tracking four wide. But Medina Spirit wouldn’t relinquish the lead.

“Every time I asked him to give more, he kept fighting on,” Velazquez said. “You couldn’t ask for more of a horse. When you ride a horse like this who is competitive, you can’t ask for anything else.”

KEEPMEINMIND broke awkwardly, was unhurried into stride, made a sweeping move six wide through the second turn, came eight wide into the stretch and was making up ground.

Medina Spirit was bred in Florida by Gail Rice, mother of Eclipse Award finalist Taylor Rice (apprentice jockey) and mother-in-law to top jockey Jose Ortiz, out of the Brilliant Speed mare Mongolian Changa. The mare failed to produce milk when Medina Spirit was first born, and Rice had to turn to her only other broodmare, Scribbling Sarah, for assistance. The young Medina Spirit thrived, and his own mom started producing milk several hours later.

Horse Race Insider – Pricci – A KENTUCKY DERBY PARABLE: THE GOOD, THE BAD, AND THE UGLY

Spirits in the Sky

There is nothing stable in the world; uproar’s your only music.

Pinhooker Christy Whitman snapped up Medina Spirit for $1,000 at the Ocala Breeders’ Sales Winter Mixed Sale. Whitman would later offer him through the 2020 OBS July 2-Year-Olds in Training and Horses of Racing Age Sale (normally held in June but pushed back because of the delays in sales caused by COVID-19) where agent Gary Young bought him for $35,000 for Amr Zedan’s Zedan Racing Stables. From there, the colt went to Hall of Fame trainer Bob Baffert.

How many wudda, cudda, shudda, bsudda stories are spreading through the back stretches of every thoroughbred track today.

He who desires, but acts not, breeds pestilence.

Bloodhorse – Eric Mitchell – Aboughazale Rewarded for His Faith in Protonico

Thoroughbred Racing Commentary – Johnson – How do you cope with the loss of a special horse? John Berry on the extraordinary Rocket Roy

TDN – Gamine All The Way in Derby City Distaff

TDN – Carasso – A Heater In the Turf Classic

The Churchill valets displayed class in respecting Kentucky Derby Day, but I’m sure a few had ulterior motives. How much money did JR’s (John R. not Joel Rosario) valet make in tips over the Oaks Derby weekend with JR winning 3 major stakes.

That brings us to the main point: The best moments of that show over the years haven’t had anything to do with god-tier NBA discussion. You don’t bring in Charles Barkley to delve into minutia. You bring him in because he’s charismatic, and he’s funny, and he’s good at making television and he’s good at making people pay attention. If that’s not the point of all this, what is?

Paulick Report – Kotulak – Fonner Files: Fans From Near And Far At Fonner Park

National Post – Rights beyond borders: Big questions were triggered when an Indigenous American shot an elk in Canada

What if an Indigenous Canadian shot an elk in the United States.

When will horse racing start drafts that attract fans from other sports and more revenue to the industry.

Bumped from each side at the start, Malathaat looked as though she’d be shuffled back to the rear of the field. Instead, her Hall of Fame jockey sent her through a narrow hole to be three-wide in sixth position around the clubhouse turn.

Hackbarth is being a tad too polite. After getting bumped from each side at the start, Malathaat bulled her way between rivals to gain position.

How much did the Boat Racing boys have on Fast Boat.

How to Get Involved
All Albertans interested in weighing in on the future of Alberta horse racing are welcome to do so. The project team offers every Albertan an opportunity to have their voice heard through online surveys.

We will also be reaching out to a wide variety of industry stakeholders, offering opportunities to participate in online focus groups and one-on-one interviews. If you would like to be considered for a focus group, please email wade@marcommworks.ca by May 15, 2021 with your name, title, organization, and reason for wanting to get your voice heard. We will have a limited number of spots available.

When buying and selling are controlled by legislation, the first things to be bought and sold are legislators.

When Phil first reported that Alberta Treasury Board and Finance had issued a RFP: Horse Racing Alberta Governance Phil felt a glimmer of hope for the resurgence of the horse racing Industry in Alberta. Then the RFP submission date was extended. Then the successful bidder was announced and there was only one bidder shown: Opportunity Notice Horse Racing Alberta Governance: Marcomm Works Inc.

A little bit of research, clicking on their website, Marcomm Works Inc. shows that Marcomm has provided service to the province of Alberta and more particularly and most troubling to Horse Racing Alberta.

Was the RFP designed in such a manner to give a preference to any bidder or groups of bidders.

Was the RFP sufficiently publicized to attract the best available bidders.

Was there sufficient time given for prospective bidders to prepare and submit their bids.

Were there conflict of interest guidelines in the RFP and if there were we they sufficient.

Is there such a dearth of talent in Alberta, Canada, North America and the world that an RFP that ends up paying $397,385.00CDN attracts only 1 bidder during desperate economic times.

Does anyone in the entitled UCP or their Tory cronies understand what a conflict of interest is and what its ramifications for the best performance of a project are.

The vendor shall exercise their expertise in governance and stakeholder engagement to prepare a strategy for bringing key government and industry partners to the table to develop and implement a governance plan for Alberta’s horse racing industry and an appeals process to hear appeals of the decisions of racing officials.

The fact that a RFP was issued to set up a new model for horse racing governance in Alberta tells one that the government is not happy with the present structure and the manner that the variuos parties over the years have managed it. The vendor will have to research and report on what it perceives are the problems with the current Horse Racing Alberta structure and how that structure was managed and manipulated during its lifespan.

Do you have confidence in Marcomm giving a critical unbiased report on the workings of Horse Racing Alberta.

Why is Marcomm limiting the participants to All Albertans. Shouldn’t other Canadian and US residents who want to participate in the horse racing industry in Alberta be given a say.

Can you stop at one salted peanut.

Guests, like fish, begin to smell after three days.

While we’re on the topic of Horse Racing Alberta

Where are the reasons for the initial disqualification posted.

Where are the reasons for the Appeal Tribunal decision posted.

If they aren’t posted why not.

Why was the starting gate so far off the rail.

If it was the fault of the driver on the starting gate, should the whole race not be declared a no contest.

Is the Appeals Tribunal entitled to make up its own rules as it goes along.

Is Serge Masse entitled to a half a length head start on the other horses.

Is Serge Masse entitled to have his horses head ahead of the starting gate.

Is Serge Masse entitled to be one lane closer to the rail than his post.

Is Serge Masse entitled to bring his horse to the start without its head being on its assigned number.

Do Serge’s entitlements stem from the fact that he’s such an upstanding honest horseman.

Does the Appeals Tribunal really understand what an appeal is.