How did it get so late so soon? 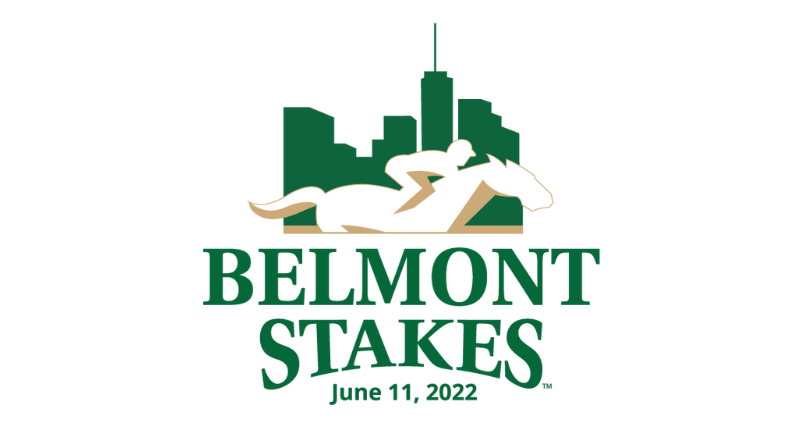 Brisnet – Get to know the 2022 Belmont Stakes contenders

Sports Illustrated – Baccellieri – Nobody Did It Better Than Roger Angell

The great thing about catchers is that they do a lot of different things, and they’re basically overlooked.

TDN – Should the Triple Crown Be Changed? Veteran Industry Participants Weigh In

Sal says that the cries for change to the Triple Crown overlook the most salient points – what to change and what to change it to. In retrospect Steve Asmussen would probably have liked both the Kentucky Derby and Preakness to have been run at a 1 7/32 miles this year. Then Epicentre wouldn’t have been caught in the Derby and would have caught Early Voting in the Preakness and he’d be 2/3 of the way to the Triple Crown.

What a trainer and owner want varies year to year and race to race depending on the horses they’ve got in their barn.

Sal says that if you could get unanimous agreement amongst the 3 tracks, all jockeys, all trainers and all owners on how to change the Triple Crown, then the change should be made.

Sal says that rather than changing the timing of the Triple Crown races the tracks running in the spring need to run their 3 year old races for the betterment of their own racing product and the thoroughbred racing product rather than kowtowing to the Twin Spires.

I’d rather learn from one bird how to sing than teach 10,000 stars how not to dance.

Paulick Report – Hackbarth – ‘Saint Gabriel’: Rich Strike’s Exercise Rider Known For So Much More Than His Skill With Horses

Ma’am? What kind of test are we having today? Multiple choice? Good! I choose not to take it.”

Brisnet – Hanson – Patience pays off for Early Voting in Preakness

Sal says that Jose Ortiz gave Early Voting a superlative ride. Just did all the little things right. Drifted at start and then allowed Armangac to take lead. Stalked the leader patiently. Made the move to the lead at an opportune time and then shut off the rail.

With technology, there is so much isolation with people now, that there are very few places where you can connect.

Sal says that Ethereal Road could win 6 more GIs as a three year old and 10 as a 4 year old and would still be know as the horse that scratched out of the Kentucky Derby and let the 81 – 1 longshot winner in.

Thoroughbred Racing Commentary – Dench – Baaeed looks brilliant – but is he the new Frankel?

Music is the universal language of mankind.

The most important thing for poets to do is to write as little as possible.

Sometimes the nicest thing to do with a guitar is just look at it.

Send In The Clowns

To like an individual because he’s black is just as insulting as to dislike him because he isn’t white.

The Globe and Mail – Cryderman, Walsh and Bailey – How Jason Kenney, once a leading light of the conservative movement, lost his spark

BBC – Bryant – Australia election: A great shock to the system

Sal says that Canadians of all political persuasions need to read election results like this and ask one question: Why do we have some many useless politicians. Australia with about 2/3 of Canada’s population has 151 seats. The US with 10 times Canada’s population has 435 seats. Canada will be increasing by 4 seats to 342 from 338 as early as 2024. Alberta has 87 seats in the Legislature.  The more seats you have the more useless bureaucrats you have the serve the useless politicians and the more pensions you pay to deadwood double dippers like the QKB.

You keep hearing the far right and not so far right types screaming their lungs out about big government, but Sal says that not a one of these so called conservatives has the balls to call for a reduction in the number of MPs and / or MLAs. Sal says that the Canadian Parliament should be trimmed to about 200 seats and the Alberta legislature to about 50. That would be a good start to reducing the size of government and the amount of taxpayer money wasted on excess bureaucracy and politicians.

A politician is an arse upon which everyone has sat except a man.

The Globe and Mail – Mercer – The secret life of fiddlehead pickers

Brisnet – Cellist finds a mile and a half ideal in Louisville

The Globe and Mail – Anderssen – The great junk transfer is coming. A look at the burden (and big business) of decluttering as Canadians inherit piles of their parents’ stuff

Sal says that someplace somewhere B Wayne Hughes is beaming.

Communism doesn’t work because people like to own stuff.

Some of the women who have accused Cleveland’s quarterback of sexual misconduct during massage therapy sessions while he was with the Houston Texans have been interviewed by HBO’s “Real Sports with Bryant Gumbel.”

Per a release from the network Friday, “several” of the women will “detail the alleged abuse they suffered and share their reactions to Watson’s record-breaking $230 million contract with the Cleveland Browns.” The show will air on Tuesday.

Sal says that Tony Buzbee must be salivating as he watches Deshuan Watson dig a deeper hole while the mutton brains that run the Cleveland Browns and his stupid agent just sit around and watch the tire fire burn brighter. Can you imagine a juror in one of the 22 cases hearing that Deshaun took his Browns buddies on a holiday to the Bahamas while his victim was sitting home in Houston going through therapy.

When a catcher has to use his thumb to give signs, that means the pitcher has more than four pitches.

Sal says that while neither the Avalanche nor the Oilers have won the 2022 Stanley Cup they’re both getting stellar performances from ex-Maple Leafs – Kadri and Hyman. 🧂

Whoever fights monsters should see to it that in the process he does not become a monster. And if you gaze long enough into an abyss, the abyss will gaze back into you.

The Ringer – Greiving – Vangelis’s Return Flight to the Cosmos

The Ringer – Harvilla – Harry Styles and the Art of Glamorous Mundanity

All the good music has already been written by people with wigs and stuff.