It ain’t over till it’s over.

Sal says that it didn’t matter where Leon put Rich Strike on Saturday, unless he got to start from the red tees.

Manny Franco, jockey aboard third-place finisher Skippylongstocking: “Man, my horse ran great. I mean, I jumped out of there and I let him go the first stride. I found myself second and I said ‘I’m going to take my shot.’ He ran great. Just the first two ran a little better but I’m really happy with the way my horse ran.”

I had only one superstition. I made sure to touch all the bases when I hit a home run.

Sal says that as a handicapper these days one needs to use the cone of silence. The tracks and media require hype for their product and shamelessly tout new shooters like Creative Minister and We The People to create interest. Oft times as a handicapper you start to think you’re overlooking some key factor, but the key factor you should not be overlooking is that the parties touting the new shooters are trying to create interest and nothing else.

Do your own homework and pay attention to the reasons behind someone touting a horse or a team.

Remember this, folks – I am a Hillbilly, and I don’t always Bet the same way I talk. Good advice is one thing, but smart gambling is quite another.

Good news is rare these days, and every glittering ounce of it should be cherished and hoarded and worshipped and fondled like a priceless diamond.

Hell is full of musical amateurs.

Sal says to put the Belmont handle in perspective the total all source handle for the entire province of Alberta for all of 2022 will be hard pressed to come even close to that number.

Sal says if you took that joke to a bank they wouldn’t give you the time of day let alone a loan for meter money. Yet the minister responsible for Horse Racing Alberta accepts it and continues to dole out the taxpayer dollars. And that Minister has thrown his hat into the ring to lead this province. What the fuck ever happened to fiscal responsibility from a Conservative government.

Albertans need to wake up and realize that you can’t blame Trudeau and the Feds for the brutally incompetent fiscal management of the entitled politicians and their entitled pension topping cronies in this province. 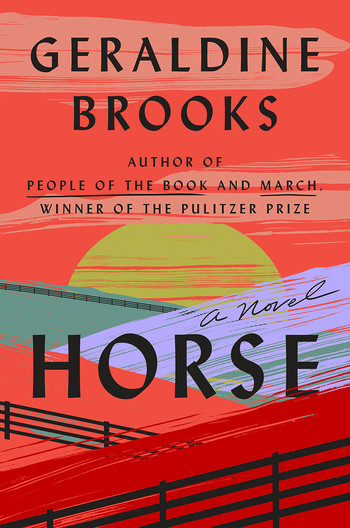 TDN – Bill Finley – The Week in Review: The Day That Jack Christopher and Flightline Stole the Show

This is Hores Racing – Halloran – Liftoff: Flightline lives up to the hype in Met Mile

Sal says that Flavien Prat made a couple of very subtle unpanicked adjustments after the break that allowed Flightline to run his race.

All Along The Watchtower

Ignorance more frequently begets confidence than does knowledge: it is those who know little, and not those who know much, who so positively assert that this or that problem will never be solved by science. I don’t know if it was much of an interview. We just shot the breeze.

Sal says that’s still one of the best Sal’s heard in eons:

And then we’ll leave you with this idea, which was floated to me by one mischievous observer but doesn’t sound completely off the wall:

“Why not trade them for each other? San Fran saves some money, Cleveland gets a better backup option than Brissett. Baker gets to work with Kyle [Shanahan] for a year and be next year’s [Mitchell] Trubisky.”

Music is the space between the notes

The Ringer – Phipps – How Pixar Solved the Villain Problem

Sal says that Watson and his crew don’t seem to understand that Goodell’s lack of activity is not Goodell condoning Watson’s behaviour, but could be Goodell giving Watson plenty of rope to hang himself with.

Good people do not need laws to tell them to act responsibly, while bad people will find a way around the laws.

TDN – Casa Creed Right At Home in the Jaipur

No good opera plot can be sensible,  for people do not sing when they are feeling sensible.

If a composer could say what he had to say in words he would not bother trying to say it in music.

TDN – Jack Christopher as Impressive as it Gets in Woody Stephens

Well said, that was laid on with a trowel.

The first time I met Wayne Gretzky… he never said anything back.

Sometimes the nicest thing to do with a guitar is just look at it.

Don’t keep a man guessing too long – he’s sure to find the answer somewhere else.

The less effort, the faster and more powerful you will be.

ESPN – Zion Williamson reiterates desire to remain with New Orleans Pelicans: ‘I do want to be here’

The lady doth protest too much, methinks.